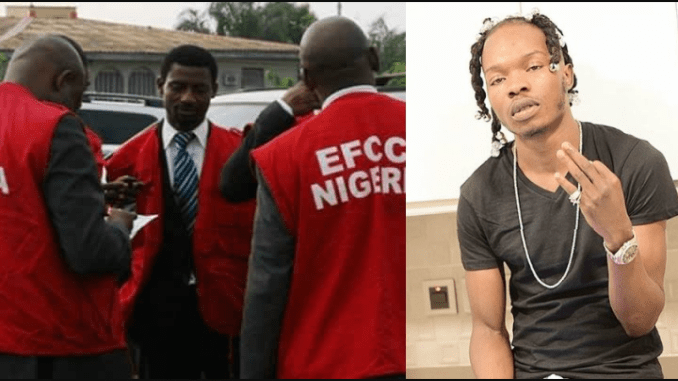 Naira Marley, according to his management, is not the owner of the laptop found with him by operatives of the Economic and Financial Crimes Commission (EFCC).

The singer was arrested in the early hours of May 10, 2019, for issues bordering on advance fee fraud and internet related crimes.

According to reports, Marley is still in the EFCC custody due to the level on incriminating things found on his laptop.
However, the singer’s management has put out a statement claiming the laptop found on the singer belongs to someone else.

In the statement, it was claimed that the singer borrowed the laptop to enable him upload music, record videos and work while he is in Nigeria.