Officers of the Economic and Financial Crimes Commission, EFCC, Benin Zonal Office on Saturday, May 4 arrested 13 cyber crime suspects popularly known as yahoo boys in Edo during an early morning raid at their uromi residence.

The suspects, who are between the ages of 20 to 35 were fished out from their hideout in a hotel at Uromi. 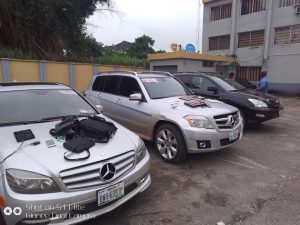 The arrest is in coming after a series of intelligence gathering by operatives of the zone in line with the directive of the acting EFCC Chairman, Ibrahim Magu to rid the state and indeed the entire country of internet fraudsters and cybercrime.