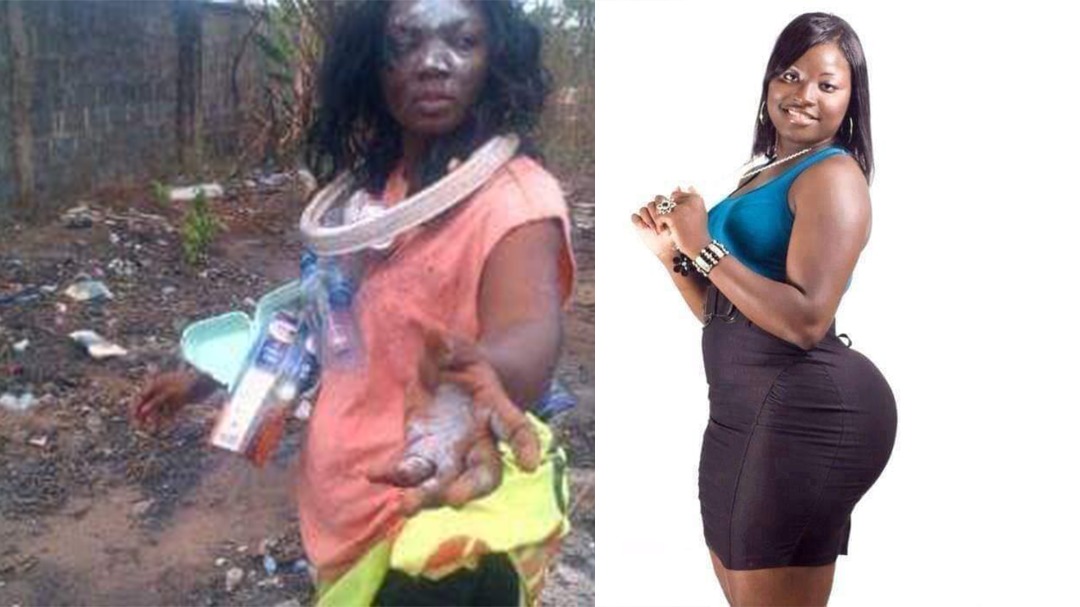 A student who recently graduated from the university has gone mad after ditching the man she promised to marry after finishing undergraduate studies.

The lady was seen walking scantly dressed on the streets with unkempt hair and while talking to herself.

According to reports, the said lady had agreed to marry the man immediately after she graduated from university. This pledge made the man cater to her by providing and paying all her school fees from high school, up to university level.

It is said that after her graduation, she felt the man was not her class and so she decided to dump him for another younger and richer man.

Barely a week after the herbalist swung into action the lady went mad. Having known the genesis of the problem, her family intervened by pleading with the man to forgive their daughter.

Her father even assured the man he will make sure her daughter honored her vow to marry him.

After family deliberations, the herbalist reversed the spell and bound the two together. The two are back together and they have planned a wedding early next month.

However, the story has elicited mixed reactions online with people urging the man to ask the lady’s family to refund his money and not marry her since she has shown signs of being a golddigger.