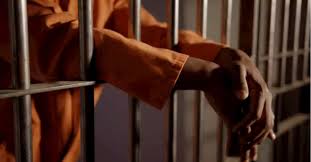 A Lagos State Special Offences Court in Ikeja has sentenced a pastor of the Living Faith Church, aka Winners’ Chapel, identified as  Afolabi Samuel, to three years’ imprisonment for stealing N4.5m belonging to the registered trustees of the church.

NEWSNAIJA learned Samuel, who is an accountant and the church’s treasurer, was arraigned before Justice Mojisola Dada on two counts of conspiracy and stealing by the Economic and Financial Crimes Commission.

According to the EFCC, the pastor and one Blessing Kolawole, an employee of the Covenant University, who is presently at large, connived and dishonestly stole the money and converted the same to their personal uses.

The anti-graft agency said Samuel, who was employed in the accounting department of the church to maintain proper records of funds, connived with Kolawole and others to take advantage of their position as the church’s treasurer and worker at the university, respectively.

Rotimi Ogunwuyi, counsel for the convict, who noted that his client’s action did not only embarrass him but also his family, urged the court to temper justice with mercy.

Ogunwuyi stated that the convict had realized his mistakes, which made him to change his plea from not guilty to guilty, and that Samuel was responsible for his children’s education and care for his aged parents.

The counsel’s allocators made the judge grant the convict an option of fine of N1m and ordered him to refund the sum of $90,000 and N2,358,000 to the church.