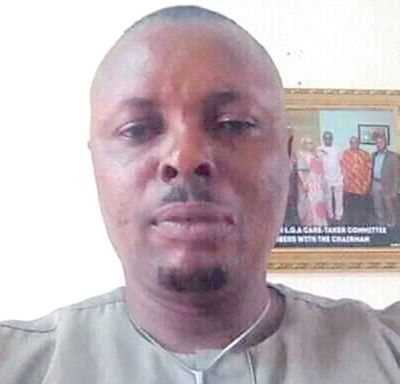 Kinikanwo Amadi, a former supervisory councilor in the Obio/Akpor Local Government Area of Rivers State, has been allegedly stabbed to death by a woman.

Though details were still sketchy as of the time of filing this report, it was gathered that the incident occurred at Nkpolu-Rumuigbo, near Port Harcourt.

The news of Kinikanwo’s death was announced by his friends and political associates, who took to Facebook to mourn his passing with pictures of his corpse.

In one of the pictures sighted by our source, the deceased was stabbed multiple times in the abdomen, chest, and arms.

The pictures, which went viral on social media, suggested that the former councilor was rushed to the hospital, as stitches were on several spots of his lifeless body on the hospital bed.

Nnamdi Omoni,  a spokesman for the state police command, confirmed the incident, adding that operatives were investigating it.

Omoni said, “Yes, I can confirm it, it happened. I called the DPO in charge of that area and he confirmed it. We are still investigating the matter to get the details,”.