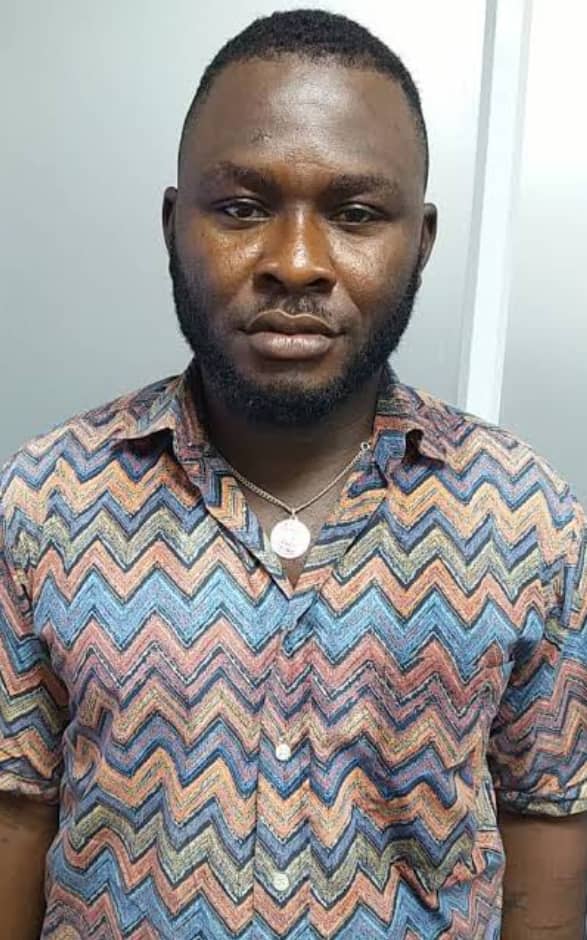 A suspected drug dealer identified as  Stephen Ikeanyionwu, who was wanted for allegedly attempting to export 69 kilograms of cocaine, heroin, and cannabis to the United Kingdom through the Murtala Muhammed International Airport’s NAHCO export shed in Ikeja, Lagos has been arrested by the National Drug Law Enforcement Agency.

Femi Babafemi,  the NDLEA Director, Media and Advocacy , in a statement said  the suspect was traced to a renowned Pentecostal church on Mike Ajari Street, Ojodu Berger, Ikeja, Lagos, on Sunday, August 15, 2021, when he was detained just after stepping out of the service.

According to the NDLEA arrest was made after a consignment of illicit drugs measuring 69.65kg was intercepted on its way to the UK through the Lagos airport on Thursday, August 12, 2021.

He said “The illegal baggage was sent to the airport for export by a freight forwarding business, which then provided a driver to carry it to the NAHCO export shed. Following the driver’s detention, further operations and investigations uncovered the true name of the consignment’s true owner, Stephen Afam Ikeanyionwu, who was caught three days later in a sting operation,” .

The NDLEA said in the previous week, the Agency seized at least 2,504.8kg of various illicit drugs from several suspects in a series of operations in Edo, Ondo, Kaduna, Kano, and Kogi states.