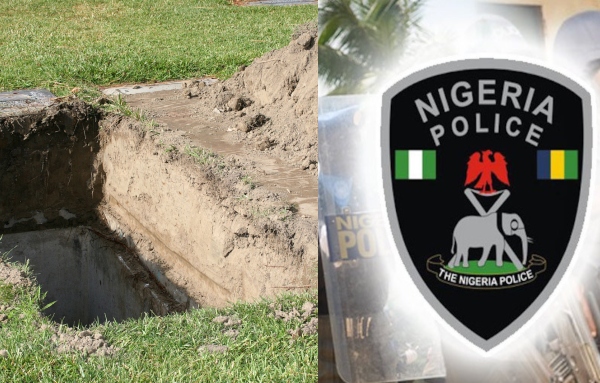 Some angry villagers in Cross River State buried a man alive for beheading his elder brother, just few weeks after the demise of their mother.

The man from Liokom village in the Wanihem community, Yala Local Government Area of Cross River State, who was buried alive in same grave with his brother by the villagers, was simply identified as Ojemba. It was gathered that before the incident occurred, Ojemba had no quarrel with his brother, Obok. It was further learnt that when villagers tried arresting him, he threatened to behead anyone who came close to him.

“He went inside his room, daring anyone to come close. But three young men defied the threat, went to his room and dragged him out,” the eyewitness added. News men  reported that the villagers agreed that the incident was an abomination, and insisted that Ojemba too must die with his brother.

“They tied his arms and legs and dumped him inside the grave they dug for his brother and placed his brother’s body on him and covered the grave with earth. He was begging and shouting that they should have mercy on him, but nobody listened. This happened a few weeks after their mother died” a source said.