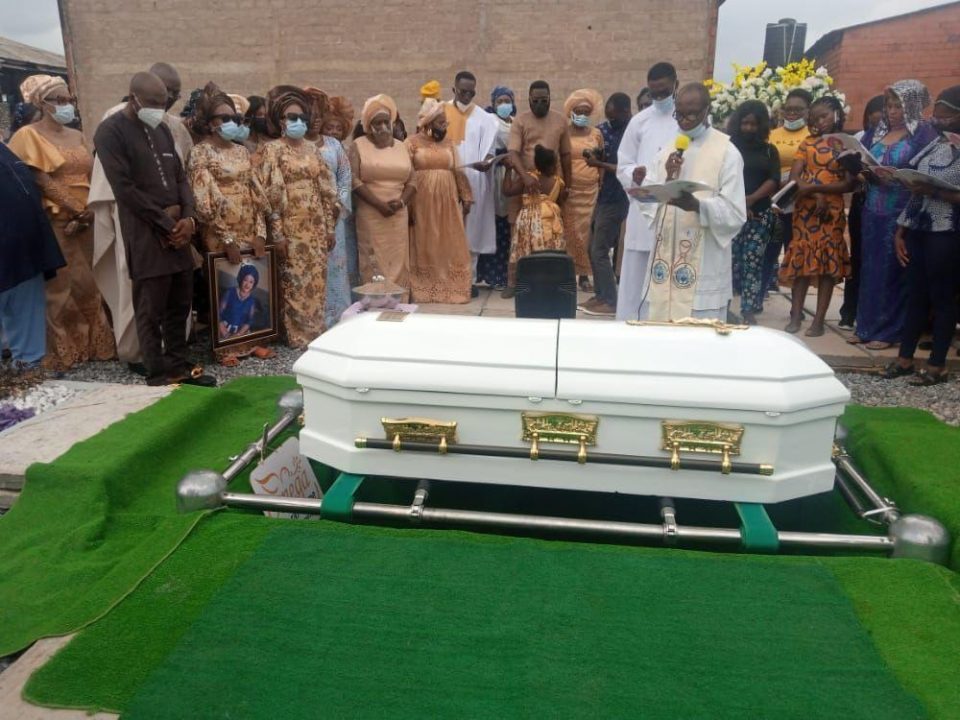 Veteran actress Rachel Oniga has been laid to rest at a private ceremony conducted by Omega Funeral Homes in Lagos.

Recall that the actress who is aged 64, died in a Lagos hospital on Friday, July 30.

NEWSNAIJA gathered that She was buried around 1pm in a private ceremony attended by family members, some Nollywood stars and other well-wishers.

At the Church service conducted in  Catholic Church of Resurrection in Lagos, the officiating priest, Very Revd Raphael Adebayo prayed for the Oniga family.

In their separate tributes, Oniga’s son, Olatunji, defined  his mother as a loving, caring and fantastic mum who always had time for anyone and everyone.

Also, Toyin Odusote, the  deceased sister, recalled sweet memories with the deceased especially how she always gave advice when in problems.

Odusote decribed her as the best sister anyone would wish for.

Also, Mrs. Hope Diaso, who is also a sister of the deceased said :she was the foundation holding this family together, adding that the deceased was a loving  and amazing soul who valued unity.

The first child of the deceased identified as Olamiji Oniga said” I will forever salute you mother because you have been all I  ever needed in my life. God gave me the best mum in the world.

Rachel Oniga of blessed memory started her acting career in 1993 shortly after her divorce.