UNIVERSITY PROFESSOR AND 14 OTHER PROMINENT CITIZENS DIE IN KANO. 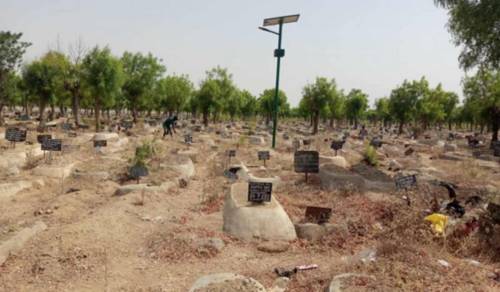 The people of Kano have been thrown again into panic after news broke regarding the death of over 15 high-profile persons in the space of 24 hours in the city.

Recall that about 140 persons were buried last week for a strange and unknown cause.

It is also reported  that the Covid19  testing centre in Kano had been shut down for some time now while cemeteries are already overwhelmed from the number of bodies brought in for burial daily.

The Governor of the state Abudulahi Ganduje has denied any news of death despite records, reports and various media paraphenalia.