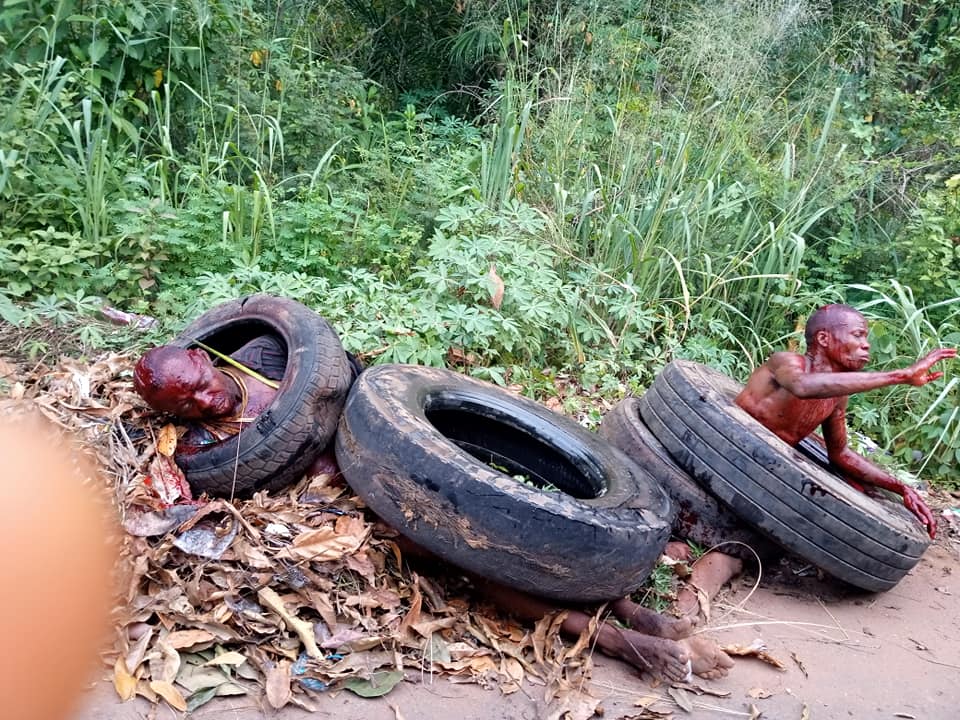 Two suspected thieves got more than they bargained for after they were allegedly caught stealing two days ago in Imo state.

It was reported that the suspected hoodlums were responsible for various thefts in Ikeduru Local Government Area of the state and were caught after allegedly stealing a motorcycle.

The suspects were stripped totally Unclad by the village youths who paraded them in public before lynching them to death.