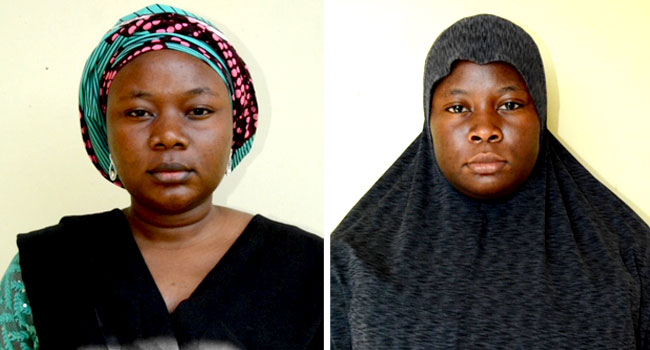 The High Court sitting in Kaduna State, on Tuesday, sentenced two sisters,  identified as Maryam and Rukaiya Jallo, to 10 years’ imprisonment for stealing the sum of N1.7m.

NEWSNAIJA learned that the siblings, who are the owners of Jamal Health Foundation, used their social media handle to solicit funds for a sick person in 2019, converted the money they received from Nigerians into their personal use.

The Economic and Financial Crimes Commission,(EFCC)  in a statement by Wilson Uwujaren, it’s Head of Media and Publicity, on Wednesday, stated that one of the donors, one Alhaji Badamasi Shanon, petitioned the anti-graft agency that the sisters refused to use the money for the intended purpose.

The statement read in part, “One Alhaji Badamasi Shanono alleged in a petition that in 2019, the Jamal Health Foundation owned by the convicts used its social media platform in soliciting donations from donors for the medical expenses of one Usman Umar, who had been bedridden for over two years, having suffered partial paralysis.

“Shanono alleged that he donated N1m to the foundation, while N700,000 was chipped in by a woman. He further alleged that Jamal Health Foundation refused to hand over the fund to the patient, but converted it to their personal use.”

Justice Muhammad Tukur sentenced the sisters to 10 years’ imprisonment with an option of a fine of N100,000 after they pleaded guilty to an amended one count of criminal breach of trust.