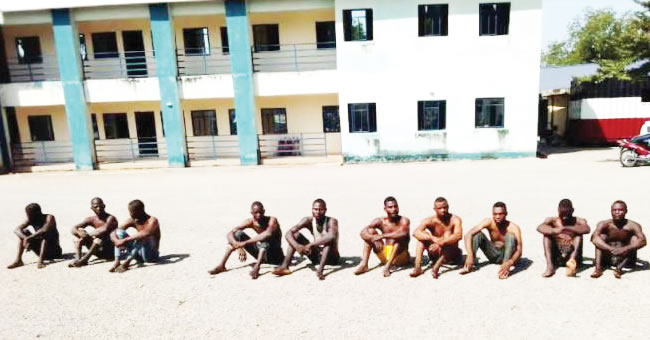 Two men,  known as Bishir Saidu, 31, and Lawal Maiinji, 38, have been remanded in the Katsina Custodial Centre till December 16, 2020, for defiling a mentally-challenged girl.

The two men appeared before a Katsina Senior Magistrates’ Court on Tuesday.

The police told the court that the incident happened around 11 am on September 16, 2020.

According to the police, the father of the victim, Abubakar Samaila, of TakeTsani village in the Rimi Local Government Area of the state, wrote a petition alleging that Saidu and Maiinji lured his 14-year-old daughter who is mentally not fit a shop where they forcefully had sex with her.

The victim’s father stated in the petition, dated September 28, 2020, that Saidu and Maiinji were his neighbors.

The two men were slammed with a charge of rape, which the police said was contrary to Section 254 of the Katsina State penal code law.

Their pleas were not taken as the Senior Magistrate, Hajiya Fadile Dikko, said only the High Court could try the offense.

ASP Sani Ado, the police prosecutor, told the court that an investigation was ongoing into the case.

The senior Magistrate directed that the two accused persons be remanded in the custodial center.