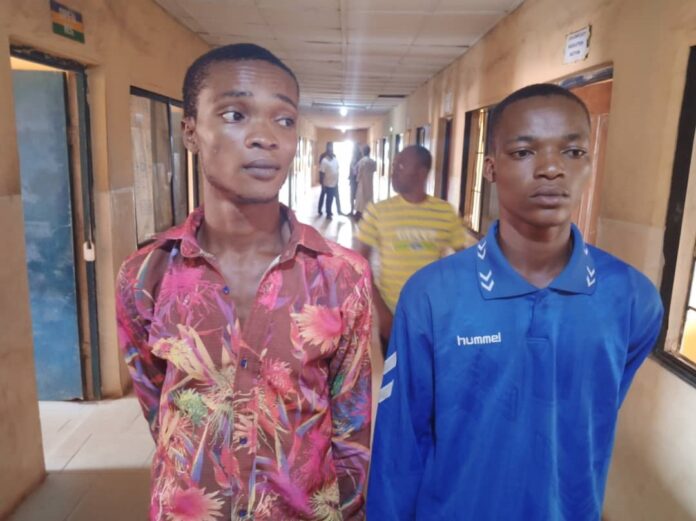 The men, identified as  Dapo Akinwumi and Sunday Famaiye, allegedly defrauded a 70-year-old woman of N500,000 in Akure, the Ondo State capital.

The suspects were also alleged to have hypnotized several other victims and swindled them out of their fortunes.

While parading the suspects, Eweka Okoro,  the state Commandant of the NSCDC, said the suspects were nabbed by the Counter-Terrorist Unit of the command based on credible information.

According to him, the confessional statements of the two suspects showed that the syndicate operated across Akure.

Okoro said, “Investigation showed that the suspects do hypnotize their victims, swindle them out of fortunes and threaten them not to confess their predicament or else they will die.

He said “On Wednesday, March 10, 2021, Dapo Akinwumi, Sunday Famaiye, and Omona Akerele, being the third member of the syndicate currently at large, did intercept a victim at the Arakale area, got his ATM card and mobile phone. They later went to a Point-of-Sale shop and withdrew the sum of N517,000 in an account belonging to an old woman. An investigation is still ongoing and all suspects arrested will definitely be prosecuted.”