TWO MEN SENTENCED TO DEATH BY HANGING FOR ROBBERY IN OSUN 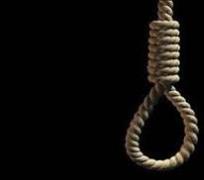 Two men were yesterday sentenced to death by hanging for robbing a clergyman, Clement Afolabi, and two other residents of Ila Orangun and Oke-Ila Orangun communities in Osun State.

The culprits identified as Ayodeji Adeleke and Abiodun Oyedunmola were found guilty of two counts charge, armed robbery and conspiracy after a trial that lasted a year and three days.

According to report the convicts were first arraigned before Justice Jide Falola of the Osun State High Court sitting in Ila Orangun on May 24, 2019.

In his judgment at a session held on the premises of the Ilesha Correctional Centre, Justice Falola imposed the death penalty on the two men.

The victim was said to have escaped and later reported the attack to the police and gave the security operatives the glove and life cartridges recovered from the robbers.

During the trial, the prosecution counsel from the state Ministry of Justice, Mr Muyiwa Ogunleye, called five witnesses and tendered 11 exhibits, including the confessional statements of the accused, a cartridge, gun and two mobile phones.

Sulaimon Bello, the defence counsel, pleaded with the court to be lenient with his client.

However in his judgment, Justice Falola found the men guilty of the two counts levelled against them and were to life imprisonment for conspiracy and death by hanging for armed robbery.