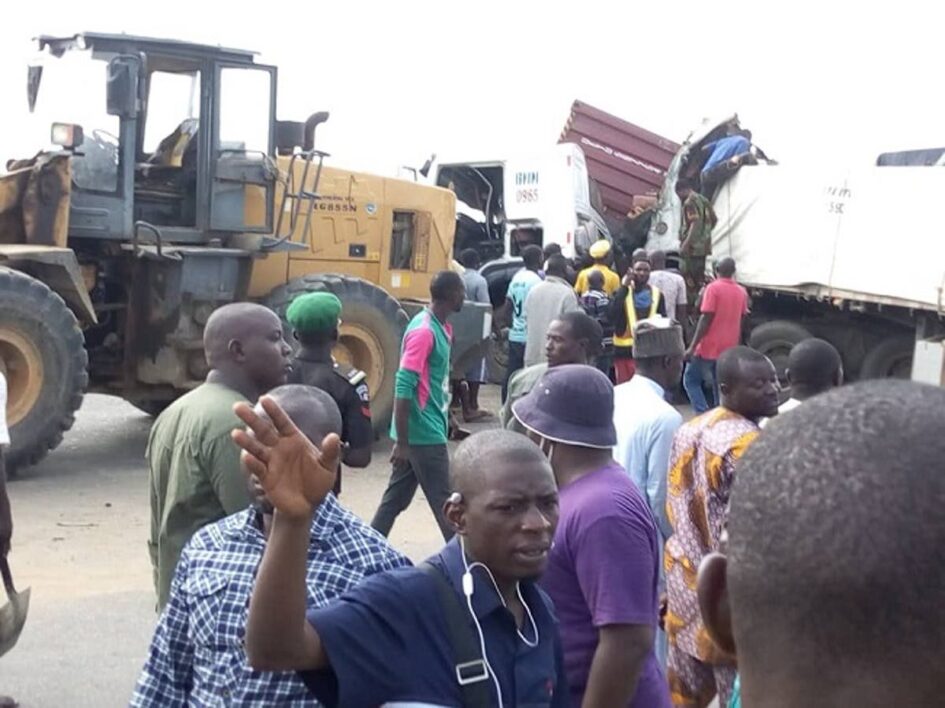 News reaching us two persons lost their lives, while two others sustained varying degrees of injury during a head-on collision between two trucks on the Lagos-Ibadan Expressway on Wednesday.

NEWSNAIJA gathered the crash occurred around 10 am in the Mowe-Ibafo area of the Obafemi-Owode Local Government Area of Ogun State.

Babatunde Akinbiyi, the spokesman for the Traffic Compliance and Enforcement Corps, confirmed the incident.

Akinbiyi,  stated, “According to an eyewitness, the Howo truck belonging to BHN was negotiating at the NASFAT turning, while the DAF truck outbound Lagos was speeding and had a head-on collision with the Howo truck.

“Two males died on the spot, while the driver of the DAF truck sustained a leg injury.

“The two presumed dead have been taken to the Olabisi Onabanjo University Teaching Hospital’s morgue in Sagamu.

“The two presumed dead are both motor boys of the two trucks, while the drivers of both trucks are seriously injured and are now receiving treatment at an unknown hospital.

“The dead motor boys’ bodies have been deposited in the OOUTH morgue.

“The vehicles have been towed to the Mowe Divisional Police Command for further investigation.”

The spokesman noted that while the TRACE Corps commiserated with the families of the deceased, he said motorists should exercise caution and avoid excessive speed and lack of patience behind the wheels.