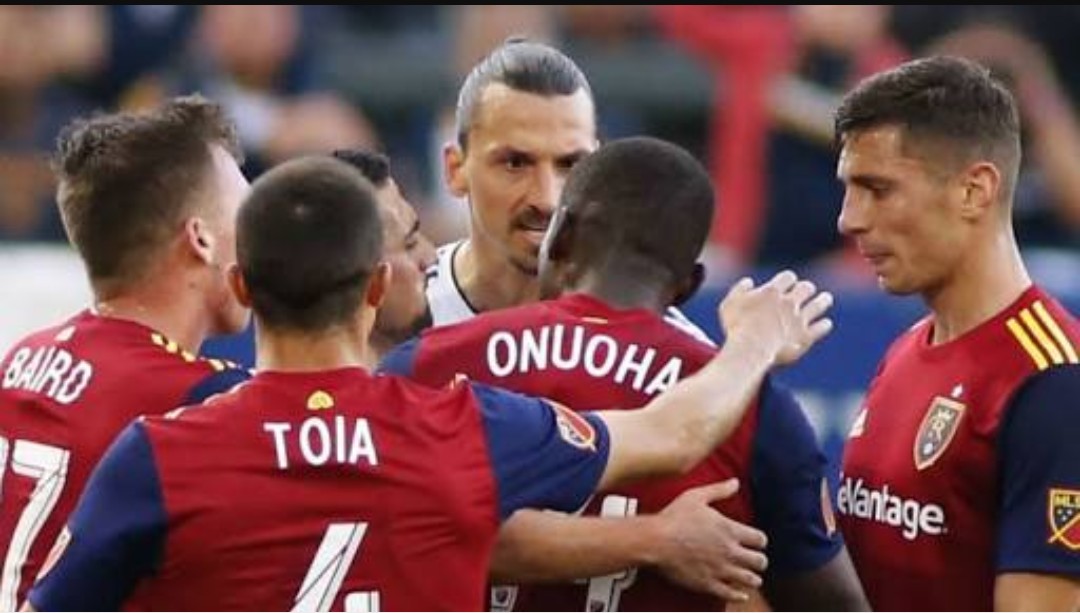 Nedum Onuoha has rejected zlatan Ibrahimovic’s apology after a fiery MLS encounter between Real Salt Lake and LA Galaxy over the weekend.

The duo squared up in the 2nd half after the ex-United striker appeared to catch Onuoha with an elbow smash.

The two were involved in another clash later in the game when Ibrahimovic aggressively celebrated in Onuoha’s face after scoring the winning goal.

However, he sought Onuoha out to say sorry after the final whistle, but Onouha did not fall for it.

“This is a guy who is the face of MLS, as he calls himself, but this is the way that he plays on the field? So I don’t care. If someone comes in and says that to me, I don’t care. I’m not going to accept his apology. It’s unacceptable.”