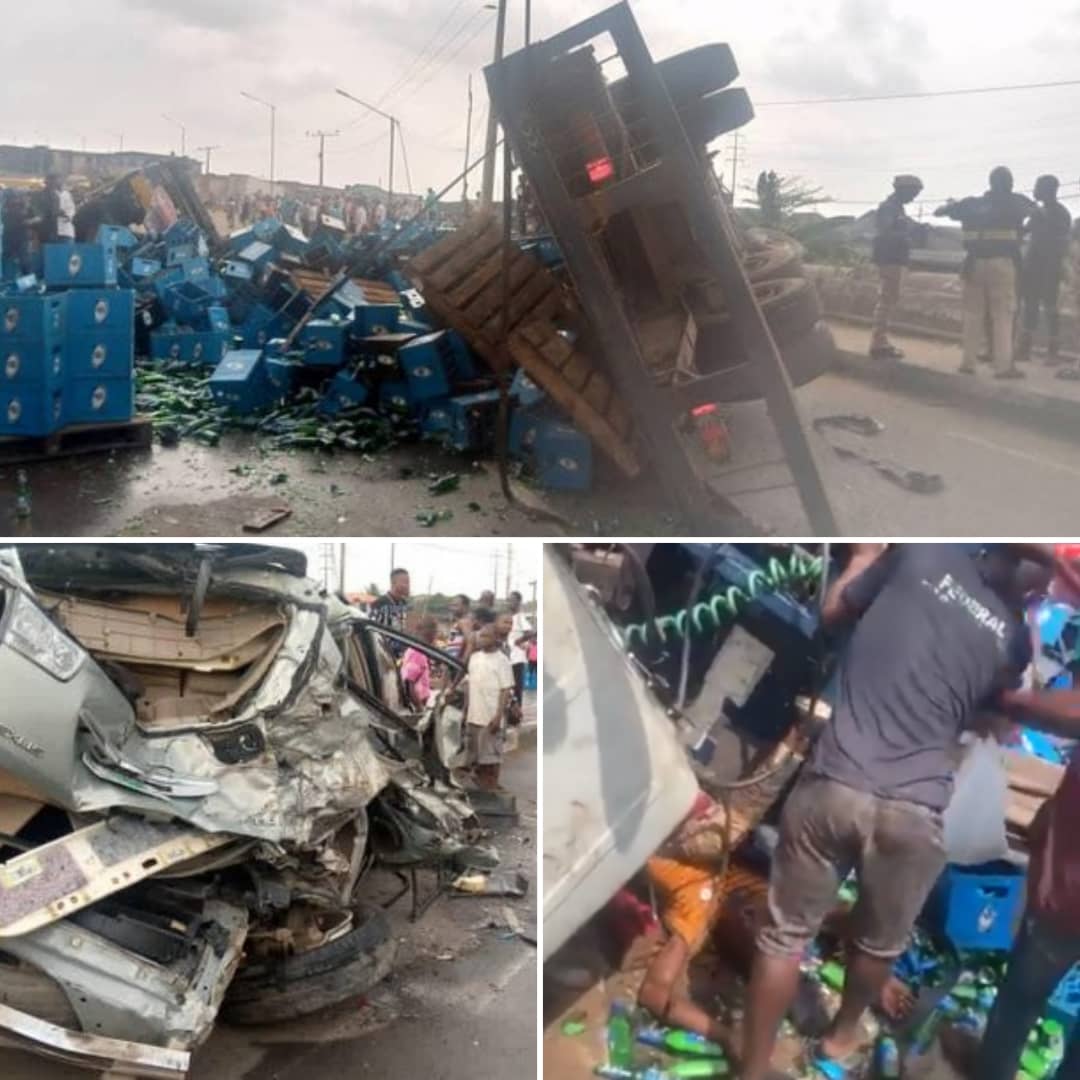 Two persons yet to be identified have been confirmed dead in an accident involving a truck and three other vehicles in the Al-Maruf bus stop area of Abule Egba, Lagos State.

NEWSNAIJA learned that the truck was conveying alcoholic drinks to a destination in the state when the accident occurred.

Olufemi Oke-Osanyintolu, the Director-General of the Lagos State Emergency Management Agency, who confirmed the accident, said the remains of the victims had been deposited in a mortuary.

Oke-Osanyintolu, said, “Upon the arrival of the agency’s officials at the incident scene, multiple vehicular accidents involving three cars and a truck conveying alcoholic drinks were discovered. The truck had fallen on its side spilling its contents (crates of beer).

“The agency’s heavy equipment was activated for the recovery operation. Two adult males, unfortunately, lost their lives in the accident. Their remains were recovered from the wreckage and handed over to the authorities for transfer to the mortuary.

“The other affected vehicles were recovered from the carriageway to a lay-by with the use of the agency’s light tow truck to ease traffic pressure. Operation is ongoing as the responders are awaiting the agency’s heavy-duty equipment and officials of LAWMA to clear the waste off the road.”