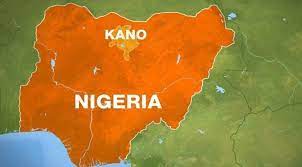 The  Kano State office of the National Agency for Food and Drug Administration and Control(NAFDAC)  on Sunday said it had arrested some suspects, adding that two persons were directly implicated in the distribution of Dan Tsami, the killer juice in the state.

Dr Mohamed Shaba, the state  NAFDAC Coordinator, in a short press statement made available to our source disclosed that stakeholders had worked collaboratively to create public awareness on the consumption of dangerous, which might be mistaken for something else.

He said “We made an arrest of some individuals implicated in the unfortunate incident and two individuals directly connected with the distribution of Dan Tsami,”

However, Shaba, promised that NAFDAC would continue with its routine surveillance on the supply chain and the trade, meet with stakeholders meeting and enlightenment of chemicals marketers and importers.

Meanwhile, NAFDAC has identified hydroxylamine sulphate as the killer chemical used in brewing Dan Tsami local juice, which has so far claimed 10 lives, while a majority of the 400 people earlier hospitalized have been treated and discharged.

Dr Hussain Tijjani, the  Kano State Executive Secretary, Primary Health Development Authority, who confirm this to our source in Kano on Sunday, said, “On the analysis report (of NAFDAC), the chemical identified is hydroxylamine sulphate.

Earlier, Tijjani had quoted the state Health Commissioner, Dr. Aminu Tsanyawa’s press statement, noting that 400 persons were hospitalized, most of whom had been discharged, while about 10 deaths were recorded, at the peak of the outbreak of the incident.

“About 50 patients have undergone dialysis following the ingestion of the substance,” he added.