TWO ARRESTED IN RIVERS WITH DEFICIENT PONMO FROM MADAGASCAR 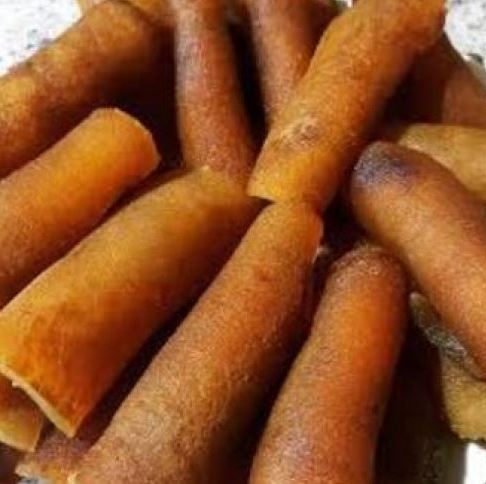 The Government of Rivers State has intercepted a truckload of suspected deficient animal hide, popularly called ponmo, in Onne, Eleme Local Government Area of the state, even as two persons accompanying the truck were arrested.

Dr. Fred Kpakol,  the  Commissioner for Agriculture, who confirmed the incident while speaking to journalists on Port Harcourt, said the import papers showed that the seized product came into the country from Madagascar.

Kpakol said the containerized truck, which carried the product, came through the Onne Port, adding that it was seized and taken to the police area command in Eleme for further investigation.

The commissioner explained that the arrest followed a tip-off and the ministry quickly swung into action with the help of the police, adding that the state police command would conduct a full-scale investigation into the incident.

Kpakol stated, “We got a tip-off that some canda meat that was imported found its way into the state. We went in and found out that it had come in from the Onne Port.

He said “It’s was a container full of canda meat. We were able to intercept it and took it to the area command. When it was opened, it was discovered that it was adulterated and stinking.

“From the import paper, we found out that it came in from Madagascar.”

Meanwhile, the Area Police Command said it had begun an investigation into the incident.

Martins Nwogu, the  Police Area Commander, stated that those arrested with the truck claimed that the consignment was owned by a man simply known as Alhaji and contained raw materials for making shoes and bags.

When contacted, the police spokesman for the state, Nnamdi Omoni, said the command had yet to get the report but promised to contact the Eleme Area Command and get back to our correspondent.

As of the time of filing this report, he had yet to get back to our source.