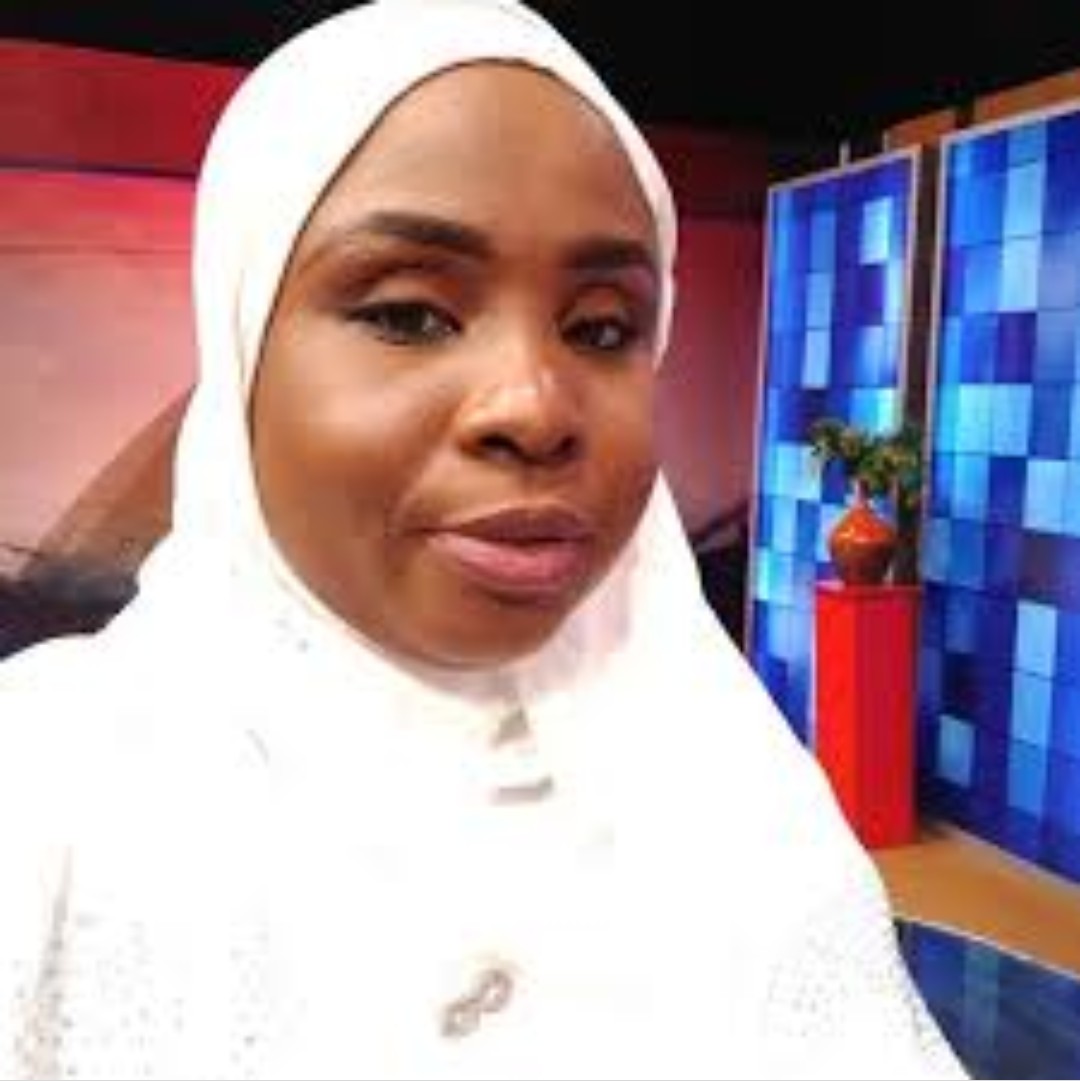 a kasha at Ny’mat a TVC Presenter has stated that young people should get  married as soon as they start to have sexual urges. In other words a teenager who is about 13years and has began to experience urges/ sexual experiences should find the next spouse available to settle down with.

Madam Akashat made this known on her show Your View where she also stated that early marriage is not necessarily Islamic.

This is in reaction to viral pre-wedding photos of a very young couple 17 & 15 which generated mixed reactions on social media some days ago. 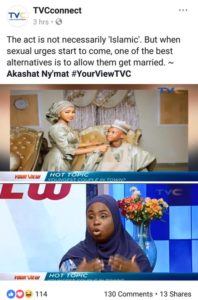 “The act is not necessarily ‘Islamic’. But when sexual urges start to come, one of the best alternatives is to allow them get married the age doesn’t really matter to me”.

“If my daughter wants to marry at a young age, I would first have the necessary conversations with her to see if it is truly what she wants and also ensure that she is fit to some extent, but I wouldn’t stop her”, the TVC presenter said.