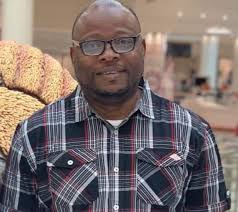 A housewife, identified as Mrs. Eniye Zuokemefa-Peter, has been arrested by the police for allegedly conspiring in the brutal killing of her husband and lecturer at the Bayelsa State College of Education in Sagbama, known as  Mr. Enebraye Zuokemefa-Peter.

The arrest of Mrs. Zuokemefa-Peter on Sunday night was based on petitions from the family of the deceased and on complaints of previous threats to his life during domestic squabbles over issues of infidelity.

It was gathered that the deceased was shot three times by gunmen on Friday after transacting business at a Point-of-Sale (POS) along the old Assembly Quarters Road in the Ekeki area of Yenagoa, the Bayelsa State capital.

A family member, who pleaded anonymity, claimed that the accused wife had on several occasions threatened to kill her husband over allegations of having children outside their marriage due to her inability to bear him a child.

The source said: “The marriage is filled with the turbulent tide with the woman packing out of her matrimonial home on several occasions but they recently made up when he arrived Yenagoa from a study trip abroad.”

It was also gathered that the deceased lecturer had in the past come under armed attacks at his home by masked gunmen, and was said to have told family members and close friends to hold his wife responsible if anything happened to him.

It was gathered yesterday that the police are on the trail of four persons suspected to have killed the university lecturer and were last seen driving a red-tinted Toyota car.

“The vehicle was seen moving suspiciously around the resident of the deceased and were later seen sharing monies at a drinking spot a few meters away from the scene of the crime,” a source said.

As written by Simon Utebor, Yenagoa