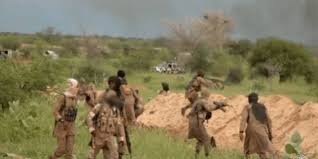 The sources told AFP that insurgents on Monday seized 15 farmers working on their irrigation fields in Ngwom village, 14 kilometers north of the region’s main city Maiduguri, and cut their throats.

A leader of the anti-jihadist group, known as Babakura Kilo,   said “They slaughtered the farmers, killing 14 while one survived with a deep slash. They left him for dead,”

Another member of the group identified as Ibrahim Liman who gave the same death toll said the farmers were captured as they tended to their crops during the early afternoon, giving them no room to escape.

Adding that The survivor was taken to a hospital in a “life-threatening condition,”.