TIPPER CRUSHES CORP MEMBER TO DEATH, ONE INJURED IN EDO 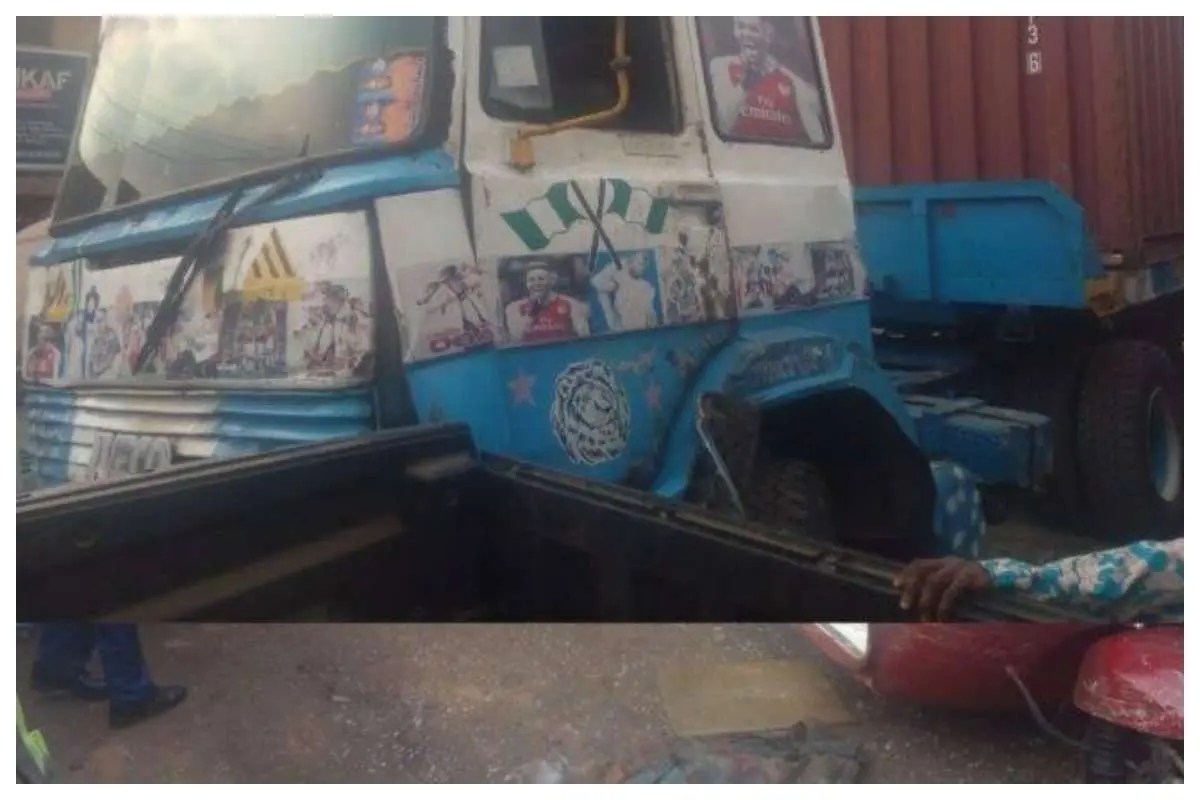 A serving female Corps member, identified as Miss Oluwale Abidemi has been crushed to death by a tipper along the busy Airport Road Benin by Suburban Ogba River Bridge.

According to an eyewitness, the tipper which was said to be carrying sand had a break failure and ran into a Lexus Sports Utility Vehicle before hitting a motorcycle popularly known as Okada, carrying a woman and the corper.

NEWSNAIJA learned that while the woman sustained life threatening injuries, the deceased remains have since been deposited at an unknown mortuary.