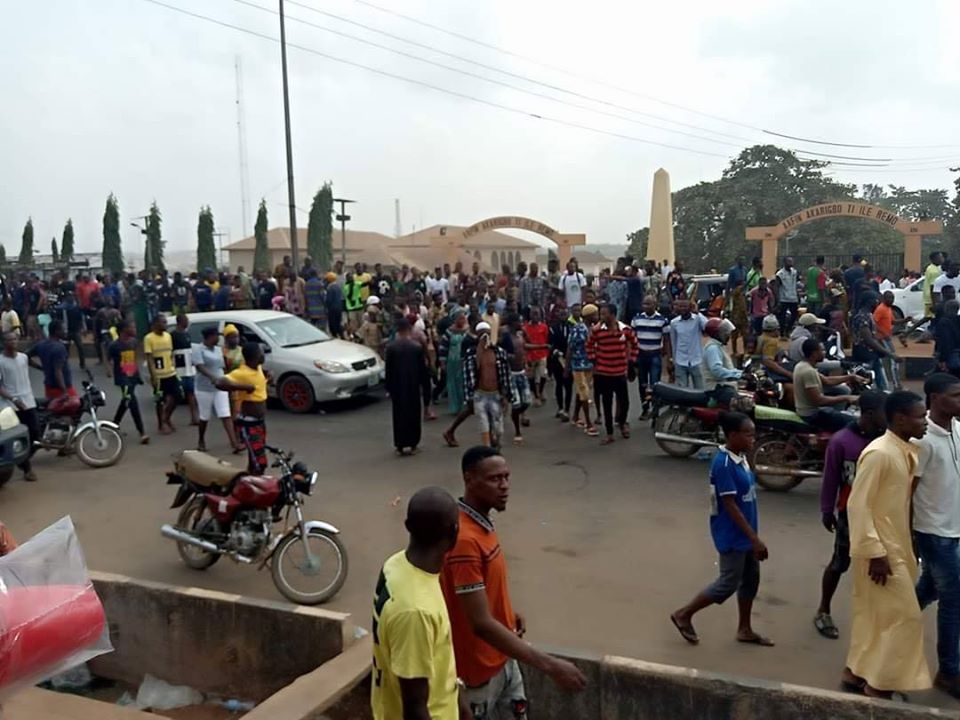 The driver of a bus belonging to Agofure Transport Line has reportedly killed three persons on the Owhelogbo Road in the Isoko North Local Government Area of Delta State.

NEWSNAIJA learned that the incident occurred on Wednesday when the driver allegedly rammed into the victims, killing them on the spot.

A source told said that the incident happened when members of the communities around Isoko blocked the entrance and exit routes in a protest against the Ozoro/Oleh killings.

The source explained, “Following the gruesome murder of about 10 youths of Oleh extraction in the Isoko area over a disputed parcel of land, the youth blocked all roads linking Isoko, which resulted in a rush by drivers and other road users.

“The Agofure bus driver ran over three persons and killed them on the spot. So, the youth got angry and burnt down the bus on Owhelogbo Road.

“The Owhelogbo and Olomoro people are not happy; nothing is being done to address the gruesome killing of the 10 persons and now, a vehicle has killed three more, making the situation worse.

“A prominent politician in the area went to secure the release of the suspects arrested in connection with the murder of the youth without proper reconciliation. The action made the Owhelogbo youth to block the Oleh Road and all the link roads.”

The source expressed fear that the situation might snowball into a war with the Ozoro kingdom.

The development was said to have left passengers stranded in Ozoro as there were no vehicles driving in or out of the area.

When contacted, Mr. Bakare Adesina, the Head of Operations, Federal Road Safety Corps in the state, said he got information about the crash and promised to get back to our source on the casualties but had not done so as of the time of filing this report.