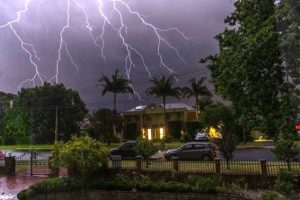 A heavy thunderstorm that hits southeast Australia has killed three persons, including a four-year-old boy and left emergency crews working to restore power and drinking water to thousands of homes Friday.

Also a four-year-old was struck in a tree while walking with his father on Thursday night in the southeast of the city, the child was rushed to the hospital but later died from his several injuries.

Andrews said “This will be just a terrible time for them and our hearts are with you,” while offering condolences to the families of those killed in the storm.

He added that the cleanup is expected to take days, with emergency services reporting 2,000 calls for help, the majority concerning downed trees.