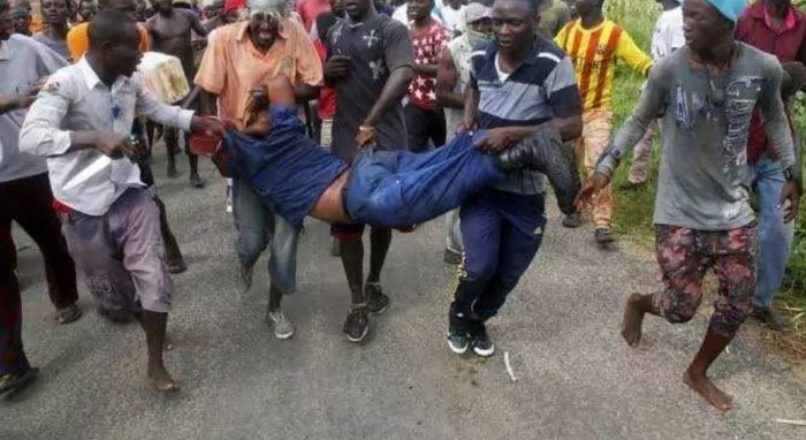 Three persons were reportedly killed on Sunday in a clash between rival cults, the Aiye and Eiye confraternities, in the Aguda area of Surulere, Lagos State.

NEWSNAIJA learned that the cultists, who were in possession of   weapons such as machetes, axe, planks and broken bottles, caused fear among residents of the area.

Some of the streets affected in include Enitan, Willy Omiyi, Akinyele and Adetola.

NEWSNAIJA further gathered that the fight, which started on Saturday, led to the death of one Tunde Alado, who was allegedly killed by the leader of the Aiye Confraternity, identified simply known  Muleru.

In a reprisal, some members of the Eiye Confraternity were said to have killed Muleru and one of his gang members on Sunday, where they were celebrating their victory.

An eyewitness, who spoke on condition of anonymity, said the cult clashes had turned the area into a war zone.

He said, “Aguda has become a war zone, where people are being killed like animals on a daily basis. We could not sleep throughout the night because of gunshots; cultists were chasing each other till this morning when they killed Muleru.

“Immediately we heard about the death of Muleru, everybody shut their doors because we didn’t know what could happen; his gang members may want to avenge his death and nobody will want to be caught up in that.

“We need more policemen patrolling this area because of this kind of clash, which cannot but happen once in a while. We want peace to be restored in this area and we want to urge the state government to always put on the street lights in the area”

However, our source reported  that some policemen deployed in the area had arrested some suspects.

Muyiwa Adejobi,  the state Police Public Relations Officer,  When contacted, said he was going to get back to our source  but he had yet to do so as of the time of filing this report.