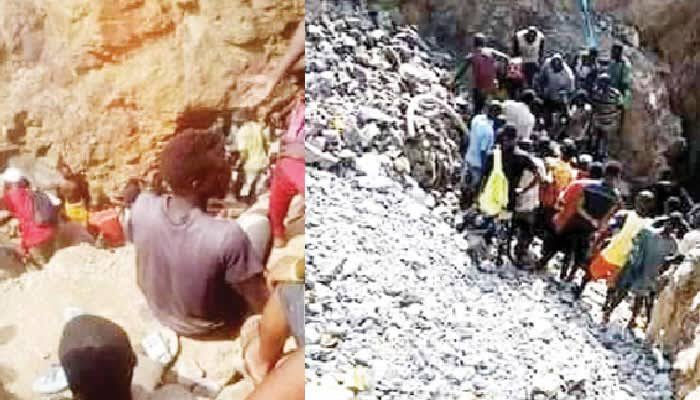 NEWS reaching us says that three miners were reportedly killed on Tuesday when a mining site collapsed on them in Anyin in the Logo Local Government Area of Benue State.

NEWSNAIJA learned the incident occurred when the miners, who had reported for work, were digging and trying to dig lead.

A source stated that the people had been there for over three months mining lead.

He said “It was when the miners were at work that the surface of the land collapsed.

The source further stated “Three miners died instantly; others were seriously wounded and taken to a hospital in Anyin.

“One of them who were not injured reported the collapse of the mine,”.

The Chairman of the aLGsA Terseter Agber, who confirmed the incident, said four people were trapped in pit.

However, the Local Government Chairman said he could not tell if the miners were operating in the area legally or not.

He said, “I don’t know anything about their activities. They just came here with their papers and the chiefs gave them papers to start work.

“Very early in the morning today (Tuesday), I was informed that about four people were trapped in a mining pit. So, I directed that they should try and do something and later on, they came back and reported that they recovered three bodies and one person injured.

“The state government is aware of their activities in the area, adding that Governor Samuel Ortom sent two commissioners, including that of Agriculture as well as Lands and Survey. The miners said they had no dealing with the state government that they collected their license from Abuja and it’s the prerogative of the Federal Government.”

Meanwhile, the Police Public Relations Officer, DSP Catherine Anene, said she had yet receive  any report of the incident.