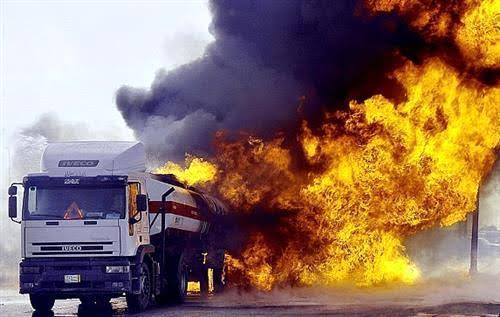 News reaching us says Five persons have died in a tanker fire incident in Mubi town in northern part of Adamawa State.
Eyewitnesses said the fire started at a filling station in the early hours of Wednesday when fuel was being transferred from a petrol tanker directly to hundreds of jerry cans at Kasuwan Gyela.
Residents told our source that at least five persons were burnt to death as a result of the inferno, while many sustained injuries.
A volunteer aid worker, identified as Adamu Madobi, said three brothers died in the incident.
Madobi said, “More more than dozens of tricycles parked around the filling station were destroyed in the fire.”
The Executive Secretary, Adamawa State Emergency Management Agency, identified as Dr Muhammad Sulaiman, confirmed the incident, saying three persons died while two others were receiving treatment in hospital.