THE MAYAN RUINS: Who Dares Tread 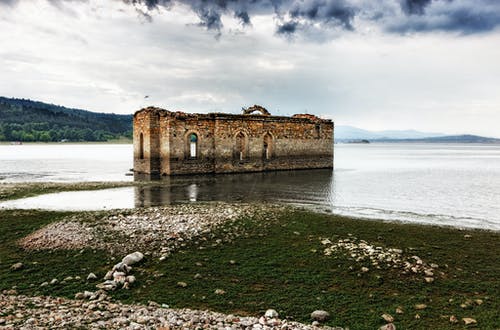 They say ‘adventure may hurt you but monotony will kill you’. Have you tried visiting the Mayan ruins?

The Mayan Ruins are spread throughout Mexico, Belize, Honduras and Guatemala but the best ones are in the Yucatan Peninsula where Tulum, Calcun and Playa del Carmen are.

Over 1 million tourists visit the Mayan ruins every year showing how adventurous it is to be in this historical location.

El Castillo also known as the pyramid of Kukulkán is said to be the most famous Maya monument in the entire Maya but Mexico’s Institute for History and Anthropology banned tourists from climbing the structure in 2008 for it to be preserved. There are also Mayan temples and cave sites to be seen.

You didn’t hear this from me but it is said that in the process of discovering details about the Mayans’ lives, there’ve been some creepy findings about their deaths, too.

In 2014, explorers entered a fabled Mexican sinkhole (after asking permission from the gods, of course) and discovered a vat of human remains whose deaths could not be determined from the bones themselves.

Scientists posited that perhaps they were 8th century plague victims who were thrown to their eventual demises, but local legends would have it that they were grabbed by the horse-headed serpent that villagers still fear. Spooky, right?

It’s not the only site that’s said to be riddled with otherworldly activity.

The Xunantunich ruins in Belize are also believed to be haunted by a stone woman in a white dress, with glowing red eyes — so much so that the name itself is a Mayan translation of the words “stone woman.”

In 2016, a tomb containing human remains was discovered within the structure but it was of a man’s body.

Even so, locals believe the female spirit that’s been sighted there may have been a woman sacrificed at its ancient altar, which would explain why she’s always seen descending the stairs, as she would’ve likely been killed at the top of the temple.

Do you possess the level of courage required to tried these haunted lands?

So are you looking for your next vacation location or simply a honeymoon hotspot or spooky tour site?  For honeymooners and people on romantic getaways your best place to visit to see the Mayan ruins is Riviera Maya.

There are beaches, reefs and Quinta Avenida shops in Playa del Carmen and even the El Castillo Ruin and the Parque Nacional Tulum(Tulum National Park) in Tulum.

You can get archaeological tours of the ruins and caves, swim with sea turtles, get private snorkeling and sailing experiences and even go on personal tours of the ruins. Oh don’t get all spooked out there are cool hotels you can stay at and have a wonderful holiday experience. That’s not all.

You can also visit the Cenote dos Ojos which is an underground reservoir of water. It is a very beautiful experience that you do not want to miss out on.

Are you ready for this adventurous and jaw dropping experience?