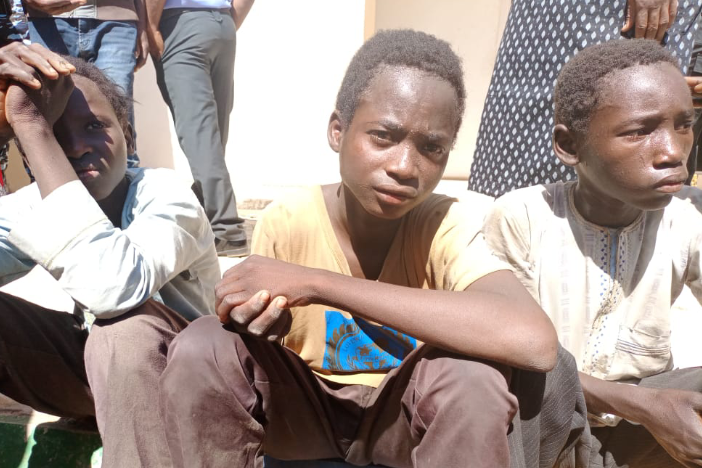 Three teenage Fulani herders who have been arrested in Bauchi for allegedly gang-raping a girl whose identity is concealed in the Itas/Gadau Local Government Area of the state said they committed the crime because they wanted to test what they watched in pornographic videos.

The suspects who spoke separately in an interview with journalists while being paraded at the Police Command headquarters in Bauchi narrated the role they played in committing the crime.

Mamman Jauro, who is the prime suspect, the eldest amongst them, aged 15 said they only saw their victim in the bush and collaborated among themselves to commit the crime.

Jauro, said, “I live in Itas/Gadau LGA, I rear cattle, I used to be a student of a Qur’anic school there but I have stopped attending. Now, I am fully rearing cattle. I was brought here (Police Command headquarters) because I raped a girl.

He said “She is not my wife, we only saw her in the bush where we were rearing our cattle. Her name is Nasaiba but I didn’t know her before, I just heard her name when we got here, she is not Fulani but a Hausa girl, I don’t know her age too.”

“I started enjoying the action when my friend pushed me away so that he too can have a taste.”

The 15-year-old teenager who expressed regret for his action vowed, saying, “I will not repeat it again. I am begging for mercy.”

Abdu added, “I was together with Mamman, we raped the girl, Nasaiba, in the bush in Itas. It was last week Friday that we committed the crime.