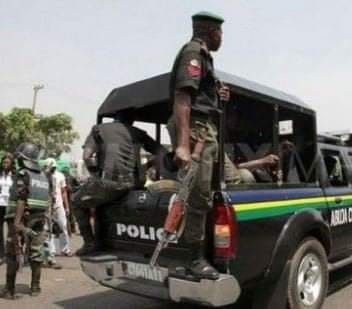 A suspected ritual killer simply identified as Achor,   has been nabbed while trying to sacrifice a nine-year-old girl in Ibaa community, in the Emuoha Local Government Area of Rivers State.

NEWSNAIJA learned that the girl’s parents had raised the alarm over her sudden disappearance after she went to dispose of refuse in a nearby bush.

A source from the Ibaa community said the suspect took the girl to an abandoned compound and was in the process of carrying out the ritual when he ran out of luck.

The source further explained that the suspect, identified simply as tied the girl with white cloths, applied white clay on her body, while a coffin was already positioned for the ritual purpose when he was caught.

Soldiers, who had been searching the community for the girl following the report of her disappearance, reportedly pounced on the suspect and took him into custody.

He was later handed over to the police in Rumuji.

Omoni,    said the Commissioner of Police, Joseph Mukan, had ordered that the suspect be transferred to the State Criminal Investigation and Intelligence Department for further investigation and possible prosecution.

Omoni in a statement said Yes, I can confirm it. He has been transferred to the SCIID under the directive of the state Commissioner of Police for further investigation,”.