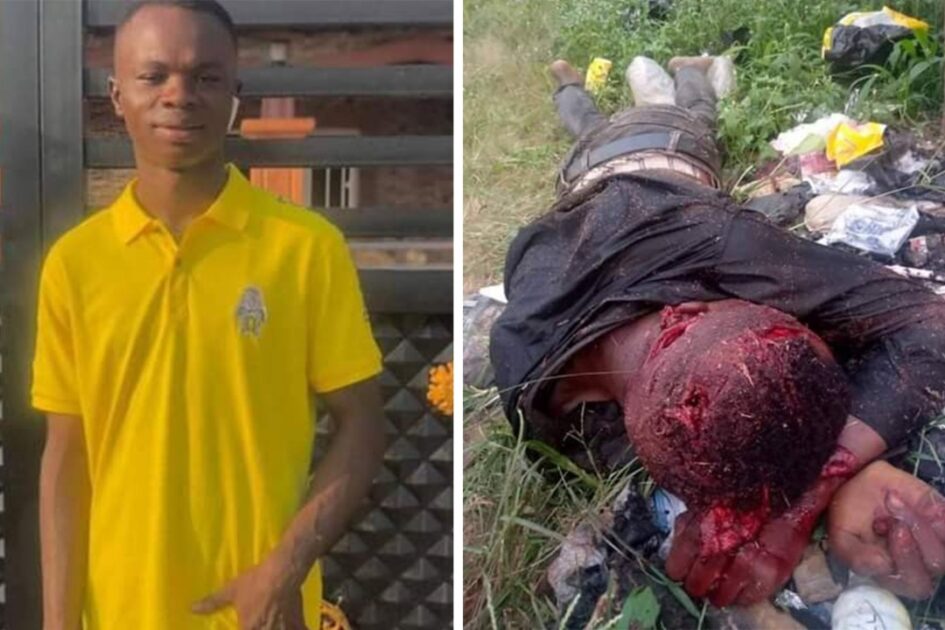 A 26-year-old boy identified as Frank Ochuko, who is also a student of the Delta State Polytechnic,  Otefe Oghara,  Ethiope East Local Government Area of Delta State, has been killed by suspected cultists.

NEWSNAIJA gathered that the incident happened on Sunday outside a popular hotel in the Oghara community.

A source told said that the deceased was hacked to death around 8 pm.

He said, “Frank sat an exam yesterday morning. He went to see a lecturer who had sent for him to a hotel in the community he was on his way returning when he was attacked by a gang who had cutlasses and axes. They killed him and dumped his body in the community.”

Another resident, who gave his name simply as Avweroso, alleged that Frank was dating a girl who was in a relationship with a member of the Aiye cult.

He said, “They almost fought in school some time ago, so I think his death is cult-related,”.

Onowakpoyeya,  said, “Yes, a young man at the polytechnic, Otefe Oghara, was killed yesterday and the police are investigating the killing.”