Strange: Lillian Esoro’s Estranged Husband Is Expecting Baby No.3 This Time With His Staff 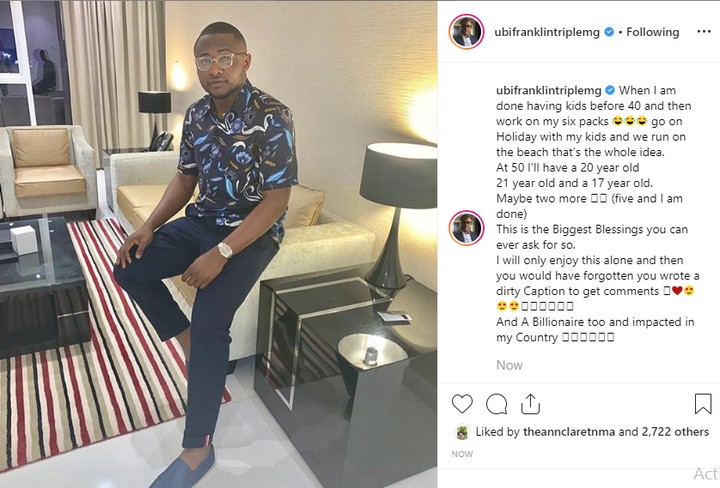 Ubi Franklin, is slowly chasing tu-baba in a “who has the most baby mamas and children out of wedlock”. He recently announced that he is expecting baby no3 with his staff identified as Nicola Siyo.

According to Ubi he wants to be done having kids before the age of 40. Nicola Siyo is a southern African Employee who is the Head of Corporate Communications in one of the music company recent startup. Nicola held her baby shower on the 30th of march 2019 as she seems really excited having a baby by Him. She also insisted on keeping the baby even though Ubi Franklin wasnt in support of the idea.
But in a surprise instagram post Ubi Franklin states that having baby no3 is the biggest blessing one can ever receive from God.
Read comment below.

@ubifranklintriplemg. When im done having kids before 40 and then work on my sixpacks… go on holidday with my kids and we run on the beach thats the whole idea.
At 50 ill have a 20 year old, 21 year old and a 17 year old. maybe two more (five and im done).

This is the biggest blesings you can ever ask for so, i will only enjoy this alone and then you would have forgotten you wrote a dirty caption to get comments❤😍😍