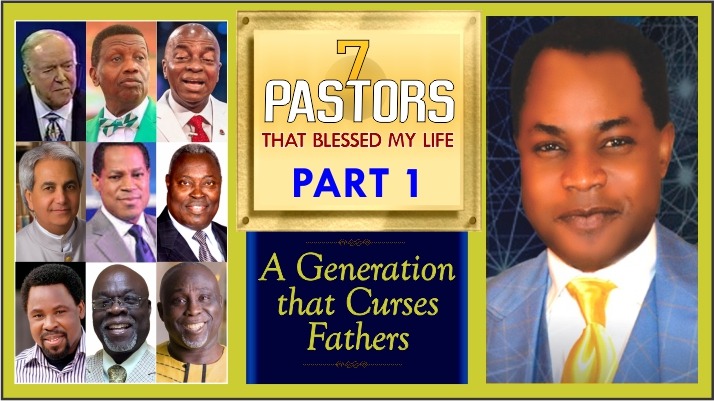 These are the words of a popular Lagos-based pastor, Dr. Isaiah Wealth who is also the Senior Pastor of Gospel Pillars Intl. Church, in a recently released ten part series about spiritual fatherhood. The series which focuses largely on 7 Pastors who have been a blessing to him, also addresses the controversial comments and criticisms against popular Nigerian pastors like Prophet T.B. Joshua, Pst. Chris and Pst. W.F. Kumuyi.

The cleric who released the videos on YouTube encouraged Christians to celebrate the good works of Nigerian Pastors rather than focusing on their faults and speaking evil of them because no one is perfect. He cited examples of Noah’s drunkenness, Abraham’s lies, David’s adultery, and John the Baptist’s unbelief as instances where great men who were used by God stumbled, stating that these faults did not stop them from being called fathers of faith.

The YouTube videos which has since drawn the attention of many users on social media continues to generate comments and stir a fresh debate on faith, fatherhood and church leadership.

The ensuing conversation seems to have no end. Follow the link below to watch the full series:

and remember to tell us your own views on the subject.