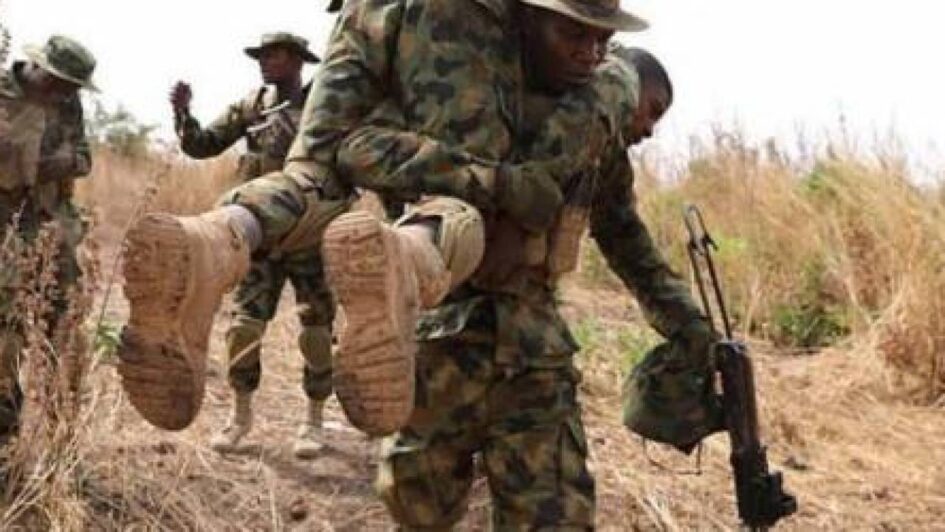 Troops of the Operation Sahel Sanity based in the Faskari Local Government Area of Katsina State have lost a soldier who was trying to rescue a nursing mother during a gun duel with bandits at Diskuru village.

The troops, however, killed five bandits and rescued three kidnapped women and their babies during the encounter over the weekend.

Brigadier General Bernard Onyeuko, the acting Director, Defence Media Operations, confirmed the development in a statement made available to journalists in Katsina on Sunday.

Onyeuko, said “The incident was recorded as the marauding bandits stormed the village on several motorcycles, shooting indiscriminately with the intent to scare the locals and loot valuables.

However, “On arrival, the gallant troops engaged the criminals in a fierce firefight, forcing them to withdraw in disarray. Resulting from the encounter, three bandits were neutralized by the troops as several others were believed to have escaped with varying degrees of the gunshot wound. During the exploitation phase, two additional bandits’ bodies were discovered along their withdrawal route.

NEWSNAIJA learned three women and their infants, earlier kidnapped by the bandits were rescued from the criminals. Troops continue to dominate the village and the adjoining environment to deny the bandits any respite.

“Regrettably, one brave soldier paid the supreme price in an attempt to save one of the rescued nursing mothers in the heat of the encounter.”

The troops were also said to have arrested two suspected bandit collaborators identified as Samaila Usman and Idi Bello at Dan Ali village on October 27, 2020.

According to the statement, the suspects are currently being interrogated after which they will be handed over to the authorities.

“Additionally, the good people of the North-West are once more assured of the troops’ commitment to the safety of lives and property within the zone. They are also encouraged to avail the troops timely and credible information that will assist in the conduct of their operations.”