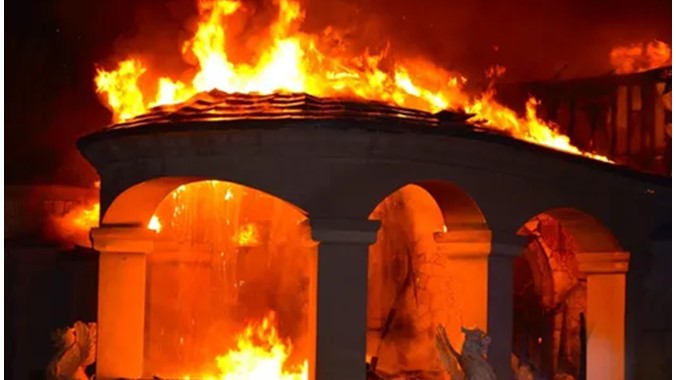 News reaching us says angry Youths have allegedly burnt down the house of Sokoto State’s commissioner for security and career service, Garba Moyi,

NEWSNAIJA gathered that the youths razed down the house over  the absence of the Commissioner  at a meeting over ceaseless  killings and abductions in their area.

It was further learned the event took place on Monday evening in Isa, Mr Moyi’s village.

The angry youth  also vandalized the house of the village head. Sources said during the attack on  the commissioner house he was in the state capital.

Recall that Isa, Sabon Birni, Gwaranyo, Rabah, Gada, Tangaza are the worst-hit areas in the state by banditry.

Due to the security situation , the state government recently banned mobile telecommunications network in 14 of its 23 local government areas to complement the efforts in fighting the bandits.

The police spokesperson in the state, Sanusi Abubakar, confirmed the burning down of the house of the commissioner.

He said arrests had been made by the police in connection with the incident.

Abubakar Isa, a resident of Sokoto, said the youth were angry with the commissioner and other political office holders.

Mr. Isa said “Some of them even believe that the commissioner has abandoned his own people. The attacks are becoming rampant these days; inspite the efforts they said they are making to address it. There is no day that a person is not kidnapped or killed in Isa or Sabon Birni,”.

Isa said the mob stormed the venue of a security meeting convened by leaders in the local government area.

According to him, the mob went on rage when they noticed  that the commissioner was not at the meeting.