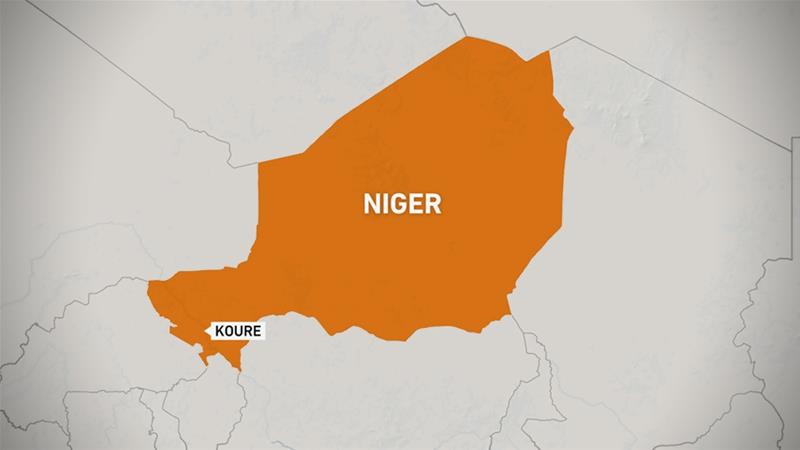 News reaching us says  Gunmen on motorcycles has killed eight people including a group of French aid workers as they visited a part of Niger popular with tourists for its wildlife.

The governor of the Tillaberi region told AFP on Sunday that “There are eight deads, two Nigeriens including a guide and a driver, while the other six are French.

The France aid group confirmed its nationals were among those killed during a tourist outing without giving a figure.

It was learned this is the first attack experienced on Westerners in the area, the place visited by the France aid workers is said to be a popular tourist attraction in the former French colony thanks to its unique population of West African or Niger giraffes.

Governor Tidjani Ibrahim Katiella, without indicating who was behind the attack said, “We are managing the situation, we will give more information later,”

A source close to Niger’s environmental services said the assault took place at around 11:30 am (1030 GMT) six kilometers, four miles east of the town of Koure, which is an hour’s drive from the capital Niamey.

It was gathered most of the victims were shot, a magazine emptied of its cartridges was found at the scene

It was further learned that the bodies were laid side-by-side next to a torched vehicle, which had bullet holes in its rear window.

Meanwhile, the office of French President Emmanuel Macron said he spoke on the phone with Mahamadou Issoufou, his Niger counterpart, both leaders condemned the barbaric attack.

Interestingly, a spokesman for the French army said France’s Barkhane force, which fights jihadists in the Sahel region, had provided support to Niger’s forces.