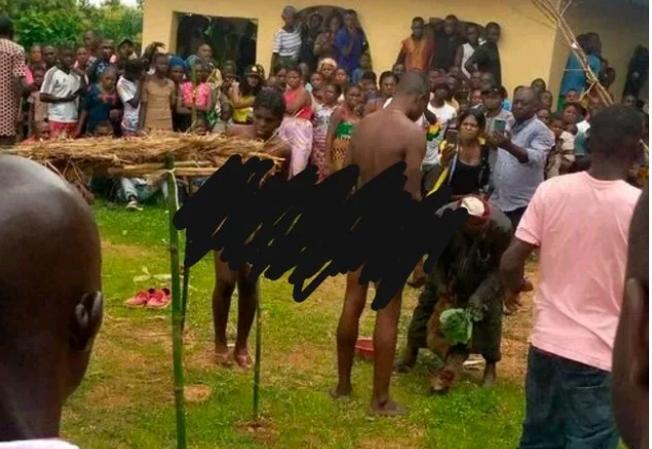 A young man  man and his sister  has been paraded naked after they where caught sleeping with each other in Vandeikya Local Government area of Benue State.

This was revealed  by a Facebook  user identified as  OrKaa Roojas  who shared  photos of the siblings  undergoing some sort of cleansing ritual over the abominable act.

Aside from being paraded naked , its yet to be ascertained if  any form of punishment  was meted out on them for committing incest in the Benue Community.

Roojas  who took to his Facebook page to reveal this wrote: “see what happened in  branch aster vandeikya, Benue State, a son of joor akura sughter he  he sleep with his sister”.