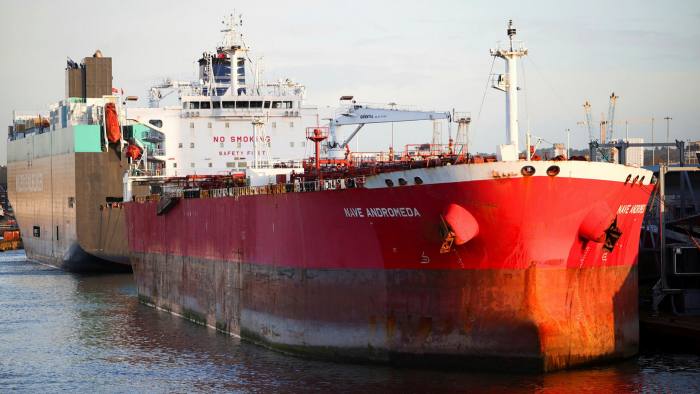 Seven Nigerians have been arrested in the United Kingdom on suspicion of seizing control of an oil ship, named Nave Andromeda.

According to the BBC, the seven hijackers are believed to have boarded the Southampton-bound ship in Lagos on October 5, 2020, in search of asylum.

However, as the ship approached the Isle of Wight on October 25, it was reported that the seven hijackers on board had become violent.

Hampshire Constabulary said the seven men were being held on suspicion of “seizing or exercising control of a ship by use of threats or force under Sections 9(1) and (3) of the Aviation and Maritime and Security Act 1990”.

“All 22 crew members are safe and well and the vessel is now alongside in the port of Southampton.”

Constabulary said the men were detained when military forces stormed the ship which was thought to have been hijacked off the Isle of Wight on Sunday night.

He said, “Sixteen members of the Special Boat Service ended a 10-hour stand-off which started when stowaways on board the ship reportedly became violent”.

Ben Wallace, Defence Secretary said there had been a threat to life.

Investigators are now speaking to the ship’s crew to establish what happened.

The Defence Secretary said, “What was happening was a clear threat to life on the ship and at that point, the police made representation to the Ministry of Defence that they didn’t have the capability to do what was needed in these challenging circumstances.

“We were under the awareness that the suspects were also threatening to do something with the ship. If they were threatening to take control of the ship then, of course, that is a hijack and the threat to the environment and, more importantly, to the lives of people on the ship is something the state can’t tolerate.”