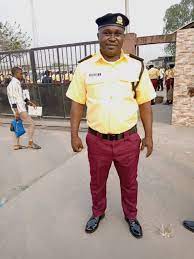 seven suspected bus drivers had been arrested in connection with the death of an official of the Lagos State Traffic Management Authority, identified as  Olusegun Obasu, around the Anthony Bridge along the Ikorodu Expressway.

The CP said, “On March 16, 2021, around 3.20 pm, some hoodlums attacked LASMA officials while on official duty and inflicted injuries on them. Policemen were dispatched to rescue the LASTMA officials and seven of the hoodlums were arrested. Unfortunately, the severely injured official, Olusegun Obasu, who was rushed to the Gbagada General Hospital and later referred to LASUTH, gave up the ghost at the hospital.

“The suspects are Alaba Adepoju, 44; Ayodele Yusuf, 25; Yusuf Waris, 21; Oladele Adejobi, 32; Ridwan Ramonu, 25; Femi Babalola, 23; and Ayomide Oyeniyi, 28. The case is under investigation at the SCIID, Panti, Yaba, and the suspects will soon be charged.”

He added that the command’s Strike Team, in conjunction with the local vigilante groups in Ikorodu, raided some criminals’ hideouts in Ikorodu, Imota, and Agbowa between Friday and Sunday, where 28 suspected cultists and armed robbers were arrested.

“In addition, on March 21, 2021, around 1.30 am, the same squad stormed a forest, which has been identified as a hideout for suspected cultists/armed robbers in Ajegunle, a border town between Lagos and Ogun states. The hoodlums engaged the squad in a gun duel before three of the suspected armed robbers were arrested,” Odumosu said.