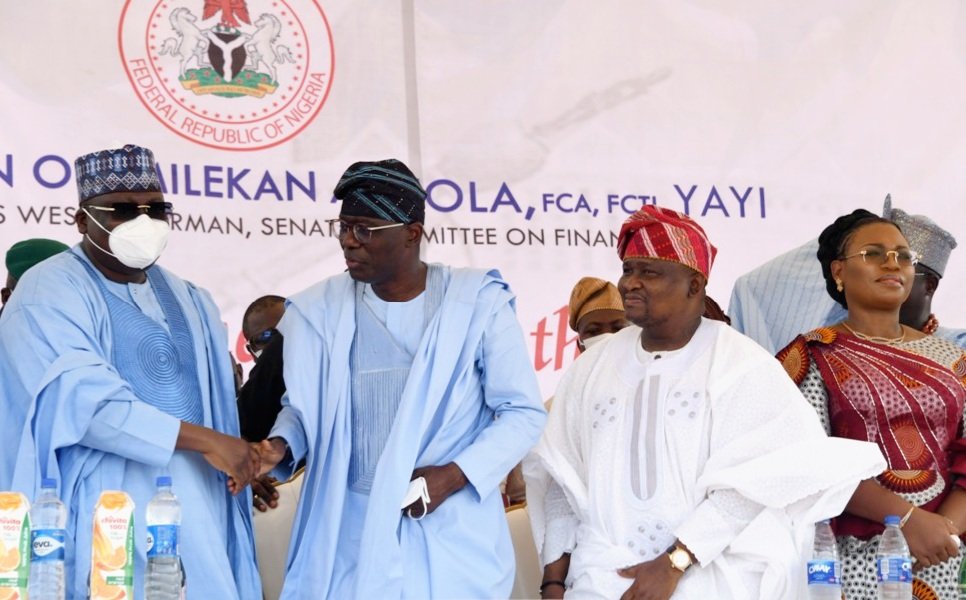 He spoke at the 5th Town Hall Meeting and Empowerment Programme, which was organized by Lagos West Senator Solomon Adeola, a.k.a. Yayi, on Sunday.

According to NAN, Lawan praised Sanwo-Olu for providing the people of Lagos with dividends of good governance.

The Senator stated that the All Progressives Congress (APC) has been monitoring his accomplishments and that the governor should be rewarded.

”We have been watching you over the past two and half years. You have been very wonderful.

“You have been consistent in terms of service delivery to the people of Lagos and indeed this country. You were focused,” he said.

Lawan commended Adeola for his contributions to the Senate and efforts to uplift his constituents through empowerment.

There are speculations that political forces are rooting for Lagos Head of Service, Hakeem Muri-Okunola to become governor in 2023.

Last week, the 50-year-old lawyer issued a statement denying a plan to succeed Sanwo-Olu. He accused enemies of trying to spoil their relationship.