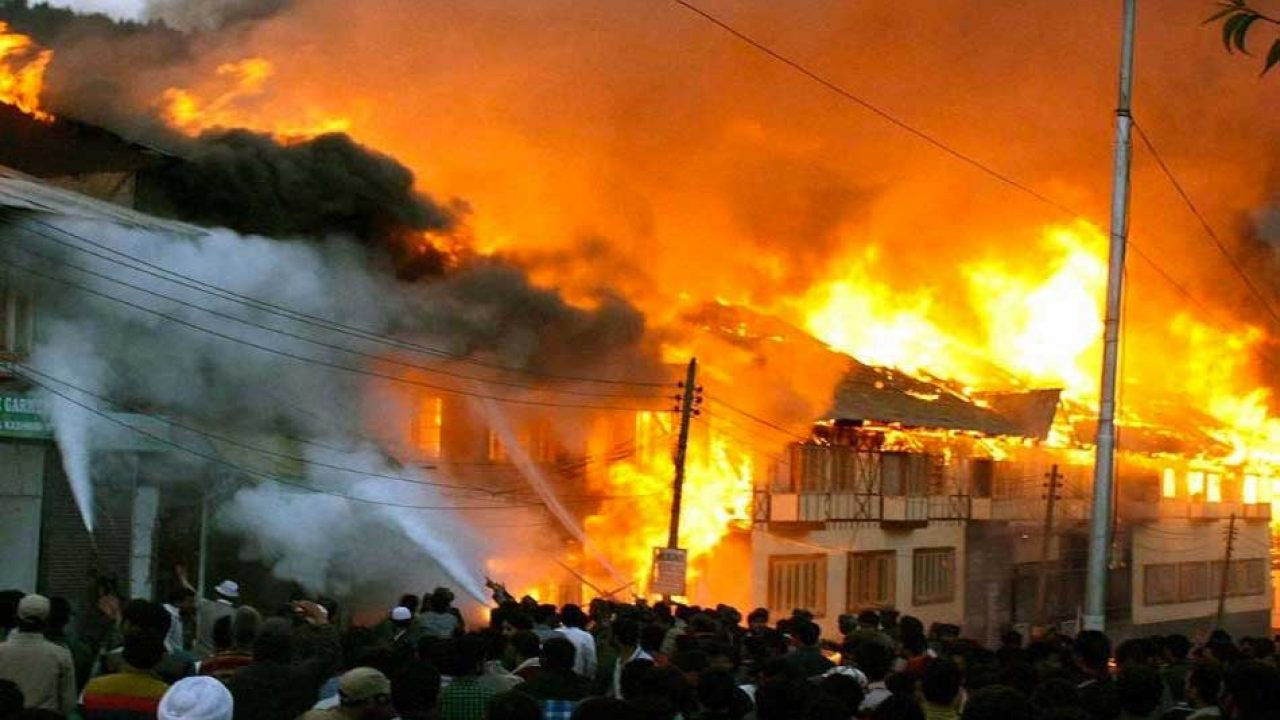 News reaching us says a  fire incident that occurred at Tippee Market on 3rd Avenue, Gwarinpa in Abuja has reportedly left not less than six persons dead and several others injured on Thursday.

NEWSNAIJA learned the fire started from a spark in one of the shops and exploded on four about two hours before the arrival of the Federal Fire Service.

An eyewitness told our source news that firefighters did not arrive at the scene until 2 am after the market was consumed by fire.

Hoodlums took the opportunity of the situation to vandalized the shops and carry out other nefarious activities before the firefighters arrived.

Five bodies were recovered from the fire and taken to the morgue. One was burnt to ashes while those injured were rushed to the hospital.

An eyewitness was quoted saying, “We were woken up last night at about 12am. Almost every resident of the Estate had to rush to the scene of the fire outbreak. We were all helpless and couldn’t do anything.

For over two hours, firefighters didn’t come to the scene. Six people had already been burnt to death before they arrived. Some of the shop owners usually sleep there. So, they were trapped in their shops.

“Many people have lost their sources of livelihood. Even private houses were burnt too. It was a sad situation. The corpses have been evacuated and the fire put out. It was caused by a spark in one of the shops.”