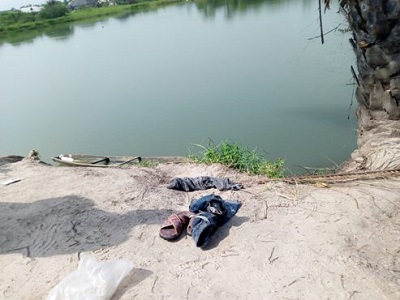 There was mayhem in Ughelli, headquarters of the Ughelli North Local Government Area of Delta State, on Tuesday, when the body of a seven-year-old missing youngster, identified as Fejiro Emoavworhe, was found at the bank of the Ohovwe Waterway in the Ekiugbo-Ughelli community.

the 7-year-old was accounted for missing a couple of days prior when his whereabouts couldn’t be determined by his parents.

According to a family source, the deceased family moved into an apartment on Ogbeode Road, Ekiugbo-Ughelli, four months back.

The source expressed, “The brother-in-law came to the house with slices of fried yam, ice cream and bottles of soft drink for the children.

“The frozen yogurt couldn’t go round and Fejiro was crying outside and a man on standby instructed him not to cry with the guarantee to get him frozen yogurt. Inevitably, we began searching for Fejiro without much of any result.

“While we were all the while looking for him, the brother-in-law left the compound in rush and when he was called upon by the family the following morning,  he said he was going to church, but eventually responded to the family’s invitation around 7 pm.

“He said he knew nothing about Fejiro’s vanishing or his whereabouts, yet he heard the neighbors saying that the dad used to beat his youngsters and drive them out of the home.”

When reached, DSP Onome Onovwakpoyeya the state Police Advertising Official,  on Tuesday affirmed the episode, including that the examination was progressing.

Onovwakpoyeya said Fejiro’s remaining parts had been deposited in the Ughelli General Hospital’s mortuary for a post-mortem.