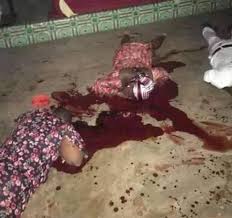 A man, identified as Ken Ekwesianya, his wife and daughter have been reportedly killed by gunmen in Azia, in the Ihiala Local Government Area of Anambra State.

NEWSNAIJA learned they were said to be killed inside a church around 7 pm on Thursday.

Details of the incident were still sketchy as of the time of filing the report.

He said an investigation had begun.

Mohammed said, “Investigation is ongoing to unravel the circumstances surrounding the incident and effort is being intensified in order to arrest perpetrators of the dastardly act and bring them to justice.”