Russia-Ukraine War: Russia turns to ‘Dad’s Army’ as it recruits volunteers up to 60 years to replace those killed in Ukraine. 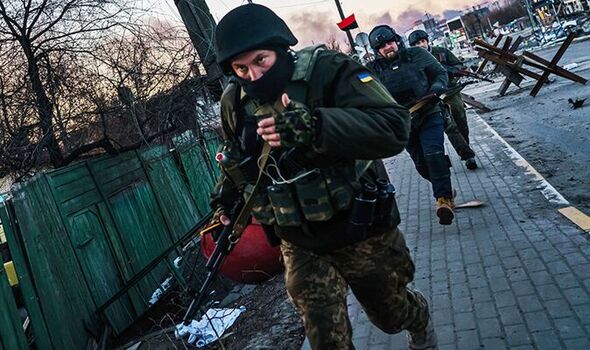 Russia is turning to ‘Dad’s Army,’ as it is recruiting volunteers up to the age of 60 to replace those killed in Ukraine’s ferocious war.

The term ‘Dad’s Army’ refers to any military force whose members are elderly, inexperienced, or poorly equipped.

retired soldiers are being asked to join the Russian Army in two Siberian cities,

since an estimated 15,000 of Putin’s troops have died.

According to Russian media, the Kremlin has called for former soldiers nearing retirement to rejoin the military in Chelyabinsk and Tyumen.

This is where more tanks have been blown up by the Ukrainian army.

Already, approximately 60,000 reservists, mostly from areas far outside of Moscow, have been called to fight.

This is in addition to the young, inexperienced conscripts between the ages of 18 and 27, who serve for about a year.

They now make up a quarter of Russia’s army.

Russia claims it is not deploying conscripts in Ukraine, whereas 134,500 new conscripts have been drafted.

Although it was said that some of them were mistakenly sent to fight.

Mathieu Boulègue, a senior research fellow in Russian warfare at Chatham House said ‘Conscripts are used to drive a truck from point A to point B,’

‘They are not destined for war-fighting operations .

If they need someone to drive ammunition or medical supplies, that can be accomplished by a 60-year old.’

Mr Boulègue also wrote in the Defense Post that the Russian president’s approval rating is unlikely to change,

as Vladimir Putin seeks to end the war “on the cheap.”

He said: ‘With the internal audience in mind, the Russian defense ministry falsely declared “mission accomplished” on March 25.

‘By announcing that “initial objectives” had been met, Russian forces can now arguably focus on “liberating” Donbas as a military priority.

‘Yet Putin is lying his way out of a bad situation. It is nothing more than fabricated state propaganda aimed at internal face-saving.’

Putin seems to be on the wrong side of this war now.