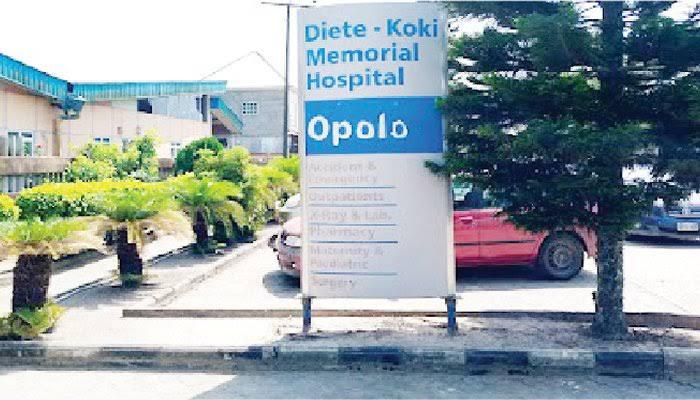 The hoodlums are claimed to have taken cash and other valuables from the on-duty doctor and his patients.

NEWSNAIJA learned that the criminals gained access into the   state-owned health center, through the fence from the back.

A Medical Doctor, identified as Awudumapu Okeleghel, said the attackers were two in number and caught him off guard as he was returning from his call room.

He said “The criminals took my belongings, as well as those of patients from the labor ward and their family members,”.

The hospital’s Medical Director, known as Dr. Emmanuel Fetepigi, described the behavior as barbaric and unfortunate.

Fetepigi stated that the hospital administration will work with the Ministry of Health to ensure that preventative measures were put in place to avoid a repeat.

Adding that this is the second time the hospital has been attacked by hoodlums who cart away with the facility’s generator the first time.

According to Asinim Butswat, a spokeswoman for the state police command, the event had not been reported to the police as of the time of reporting this story.