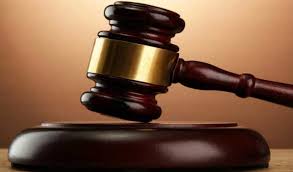 A Senior Magistrates’ Court in Port Harcourt, Rivers State, on Monday remanded a 45-year-old worker of the Ignatius Ajuru University of Education, known as  Mgbechi Wekwa, in the Port Harcourt Custodial Centre for allegedly sexually abusing a 16-year-old girl.

NEWSNAIJA learned that the accused was alleged to have had unlawful carnal knowledge of the teenager on January 13, 2021, at Rumuakwunde community, in the Emohua Local Government Area of Rivers State.

The Senior Magistrate, Gomba Osaro, who remanded the accused, deferred his bail application filed by his counsel, Martina Okpeeholo, till Monday, February 22, 2021.

The charge against the defendant read, “That you, Mgbechi Wekwa, on January 13, 2021, at Rumuakwunde, in the Emohua Local Government Area, but triable in the Port Harcourt Magisterial District, did unlawfully and sexually abuse one (name withheld) of 16 years old by inserting your penis into her private parts, thereby committing an offence punishable under Section 32(1)(2) of the Child’s Right Act Cap. 50 Laws of the Federation of Nigeria, 2003.”

Jane James, the counsel holding brief for the complainant, Centre for Basic Rights Protection and Accountability Campaign, expressed displeasure that the police arraigned the accused under Section 32(1)(2) of the Child’s Right Act 2013, which is a charge of sexual abuse and exploitation, instead of Section 31(1)(2), which states the definition and punishment for rape.