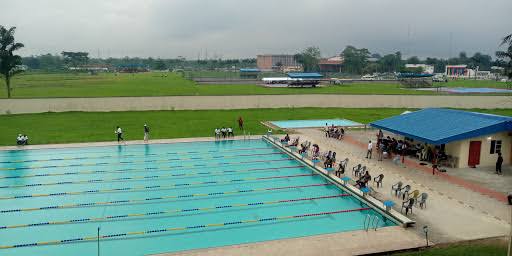 An undergraduate, identified as Emmanuel Odebunmi, has drowned in a swimming pool at the University of Port Harcourt, Rivers State.

NEWSNAIJA gathered that the student had, in company of three of his friends, gone to the pool to swim, and got drowned in the process.

It was further gathered that the victim, who hailed from Ogun State, was studying Marine Engineering at the Rivers State University.

Following the incident, the police visited the scene and arrested two of his friends for interrogation.

His corpse was deposited at the UNIPORT Teaching Hospital mortuary, while his friends were detained at the Choba Police Station.

NEWSNAIJA further learned  that the management of the school placed a ban on leisure swimming in the Olympic-sized facility, which was at the Sports Complex of the varsity.

A spokesman for UNIPORT, known as  Sam Kpenu, who confirmed the incident in a statement, said, “A year one student from the Rivers State University of the Faculty of Marine Engineering, Emmanuel, lost his life at the Olympic swimming pool at the Abuja Campus of UNIPORT.

He was accompanied by some of his friends, namely Prince and Bright. The corpse has been deposited at the UPTH morgue after the students’ union president of RSU identified him.”

Kpenu said the swimming pool would be “strictly limited” to professional sporting activities until further notice.

The state Police Public Relations Officer, Nnamdi Omoni, said the state Commissioner of Police had ordered an investigation into the circumstances that led to the death.

Also, a spokesman for the Rivers State University, Dr Harcourt Whyte, described the incident as unfortunate, adding that the school was making efforts to contact Odebunmi’s parents.