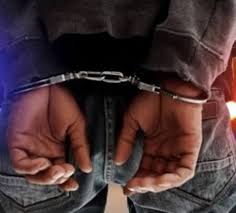 The Rivers State Police Command said its operatives have rescued a woman, identified as Mrs. Chizoba Eke, in Igwuruta, Ikwerre Local Government Area of the state of Rivers state,  two days after she was dumped in a septic tank by her abductors.

Newsnaija gathered that the victim, a mother of two, who had been pronounced missing by her husband, was beaten by her abductors, who also fled with her six months old baby.

Nnamdi Omoni, the spokesman for the police, who confirmed the incident to our source, said the victim’s baby was also rescued.

The spokesman, a Superintendent of the Rivers State  Police command said, operatives also arrested one suspect.

He said  “Yes, the woman was rescued by our men, She was kidnapped and dumped in a septic tank but she has been rescued including her baby yesterday.

Omoni stated that policemen on stop-and-search duty intercepted the suspect with the baby at Omarelu, a boundary community between Rivers and Imo states, as he could not give a good account of himself.

“On his arrest, our men initiated an investigation which led to the recovery of the child and the arrest of the suspect, who took them to where the woman was kept.

Omoni added that “the woman has been taken to the hospital, she is responding to treatment while the suspect is with us helping out in our investigation,”.