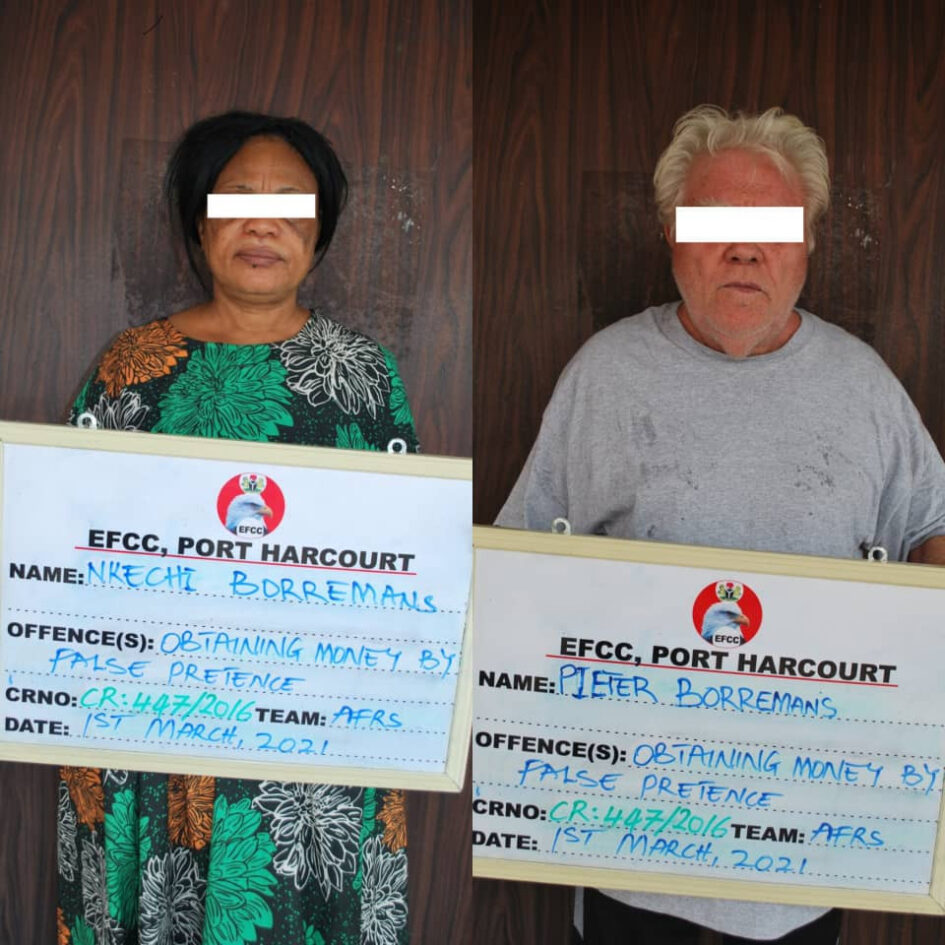 A Federal High Court sitting in Port Harcourt, Rivers State, on Thursday denied a Dutch national, identified as  Pieter Borremans and his wife, Nkechi, bail after they were remanded in the custody of the Economic and Financial Crimes Commission(EFCC).

The court also ordered their transfer to the Port Harcourt Correctional Centre.

NEWSNAIJA learned the couple was arraigned by the EFCC  for allegedly defrauding two firms the sum of $330,000 meant for the purchase of a marine oil vessel.

The two persons and their firm, Lagon Trade Limited, were on March 2, 2021, arraigned by the EFCC before Justice E. A. Obile on two counts of fraud and felony.

The defendants were accused of allegedly defrauding their victims known as Jackkyson Multi Services Limited and A lot General Services Limited, the sum of $330,000 which was an upfront part payment for the purchase of a marine tanker vessel.

However, on Thursday, the bail application of the defendants suffered a setback as their counsel, C. A. Akwanya, who held brief for H. E. Chukwu, applied for their bail application withdrawal, which the presiding judge granted.

It was also gathered that before the denial of the couple’s bail application, two counsels, D. N. Eziokwu and Chukwu appeared in court to represent the 1st, 2nd and 3rd defendants (Pieter Borremans, his wife, Nkechi and Lagon Trade Limited).

Meanwhile, Friday Amama,   counsel for the EFCC, did not oppose the withdrawal of the defendants’ bail application.

Justice Obile, following the arguments of counsels, ordered that the defendants, who were earlier, remanded at the detention facility of the EFCC, be moved to the Port Harcourt Correctional Service facility and adjourned the matter till March 31, 2021, for hearing